“Catalonia, just as it has a language, law, traditions, its own history, and a political ideal, has a cuisine. There are regions, nationalities, peoples which have a special, characteristic dish without having a cuisine. Catalonia does have one.” Ferran Agulló, Llibre de la cuina catalana (1933)

Barcelona, the capital of Catalonia, is a modern, multicultural city where it’s easier to find a pulled pork sandwich than a fricandó dish — an iconic Catalan recipe. With a multitude of restaurants to explore and try — many of which display items like tapas, paella, and sangria on their menus — the options can be overwhelming. However, for those in search of an authentic Catalonia dining experience, there are some key characteristics that can help to distinguish authentic Catalan cuisine. 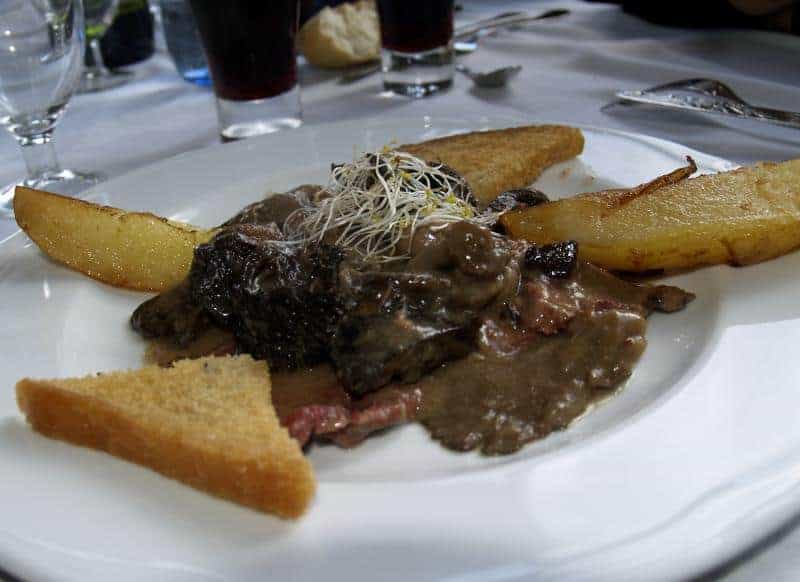 A classic Catalan dish, fricandó is a type of beef stew made with mushrooms and picada — a traditional sauce made from toasted nuts, garlic, parsley, and saffron.

Greek, Roman, and Moorish civilizations all invaded the Northeast portion of Europe’s Iberian Peninsula at one point in history. These civilizations not only conquered the region and enriched its culture, but also introduced the area to crops such as wheat, rice, nuts, legumes, sugar, eggplants, artichokes, oranges, and saffron  — all of which are now considered essential ingredients to the region’s cookery.

As an important port and entry point to the rest of the peninsula and Europe, Barcelona became a Mediterranean capital of influence, particularly during Catalonia’s Golden Age. It was during this period, from the 14th to 15th centuries, when the first Catalan cuisine manuscripts were created. Llibre de Sent Soví (1324), for example, was one of the very first cooking manuals in Europe, as well as one of the most influential. It was followed by Llibre del coch (1520), written by the royal cook of the King of Naples, Rupert de Nola.

Today, Catalan and Mediterranean cuisine in general utilizes ingredients like potatoes, tomatoes, and peppers. However, while these ingredients are commonly used in modern-day Catalan cooking, it wasn’t until after Christopher Columbus sailed to the Americas in 1492 that these elements started appearing in Catalan cuisine. Traditional Catalan dishes developed prior to time period are void of ingredients such as these. 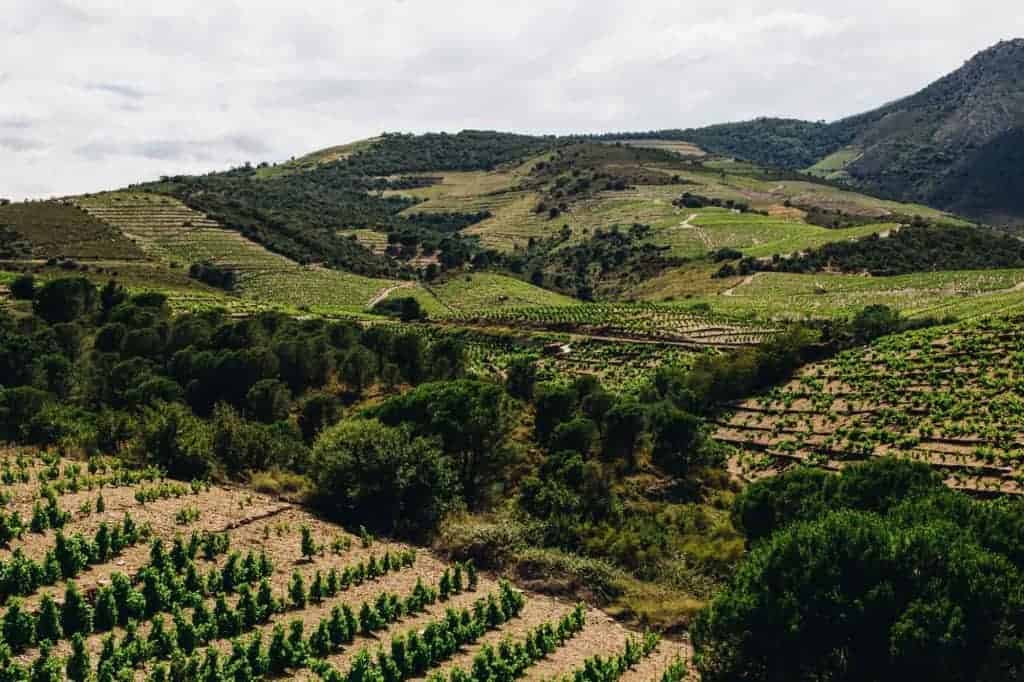 Located between the Mediterranean and Pyrenees Mountains, Catalonia features a diverse landscape that provides ideal growing conditions for a number of crops.

It’s said that the Catalan writer and renowned gourmet Josep Pla once declared, “Cuisine is a landscape inside a cooking pot.” Whether the statement is true or not, understanding the geography of Catalonia helps us better understand what ingredients are used in Catalan cuisine and why.

Despite being a small territory, with the Mediterranean and the Pyrenees serving as natural borders, there is a diversity of landscapes and micro-climates in Catalonia that supply a wide range of fresh, seasonal ingredients to the region.

From the dry, flatlands where Greeks and Romans began cultivating what now can be considered as the Mediterranean agriculture trilogy (wheat, vines, and olives); to the fertile, Northern mountains with almost an Atlantic climate where mushrooms exist in harmony with game birds and other wild animals; to a sea that — despite being overfished — still provides around 500 different edible species; Catalan cuisine is characterized by a rich pantry of fresh, quality, and seasonal  ingredients. 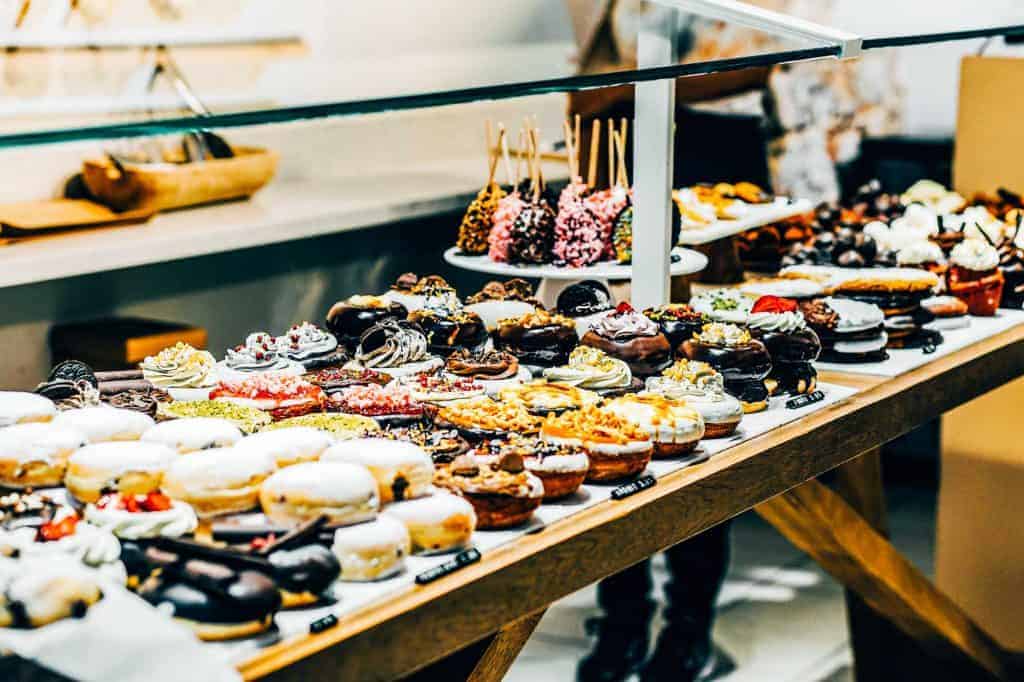 Treats at a market in Barcelona

Today, it’s easy to think of Catalan chef Ferran Adrià, who exported the so-called molecular cuisine around the world, as one the most representative figures in terms of culinary ingenuity. After the Northern influence of Nouvelle cuisine, and the Basques leading a new age of modern Spanish cuisine in the late 1970s, Catalonia became a hub for culinary creativity, with the Michelin-starred El Bulli restaurant at its epicenter.

But we can’t deny the creative side of those anonymous home cooks who continued feeding their families for centuries using only the ingredients and products that were at their disposal. Catalan cuisine has a peasant origin and is the result of local culinary traditions combined with outside influences adopted over time.