If you tend to think of Provence as the land of rosé, you wouldn’t be wrong. This southeastern region of France yields huge quantities of wine (about 175 million bottles annually). Over half of these Provençal wines are rosé, followed by red wine, then by light whites.

Provence has long been famous for wine production, due to a lucky combination of perfect conditions: a sunny, warm, dry climate, limestone-rich and crystalline soils that drain water well, a curving geography, and Mistral winds that help fight against humidity and accompanying vineyard diseases. Wine has been a definitive part of Provençal life for over two thousand years, when the ancient Greeks planted vineyards after the founding of Marseille. But the Greeks are not the only ones to thank for this honed viticulture. The Romans, Gauls, Catalans, and other groups all added their own influences to the molding of Provençal grape varietals and culture.

While today there are nine wine appellations (or regions) in Provence, 96% of all wines come from just three: Côtes de Provence, Côteaux d’Aix-en-Provence, Coteaux Varois en Provence. Read on to learn more about these three prolific appellations, as well as the other smaller regions adding to the diversity of Provençal viticulture by producing beloved, specialized, and rarer wines. 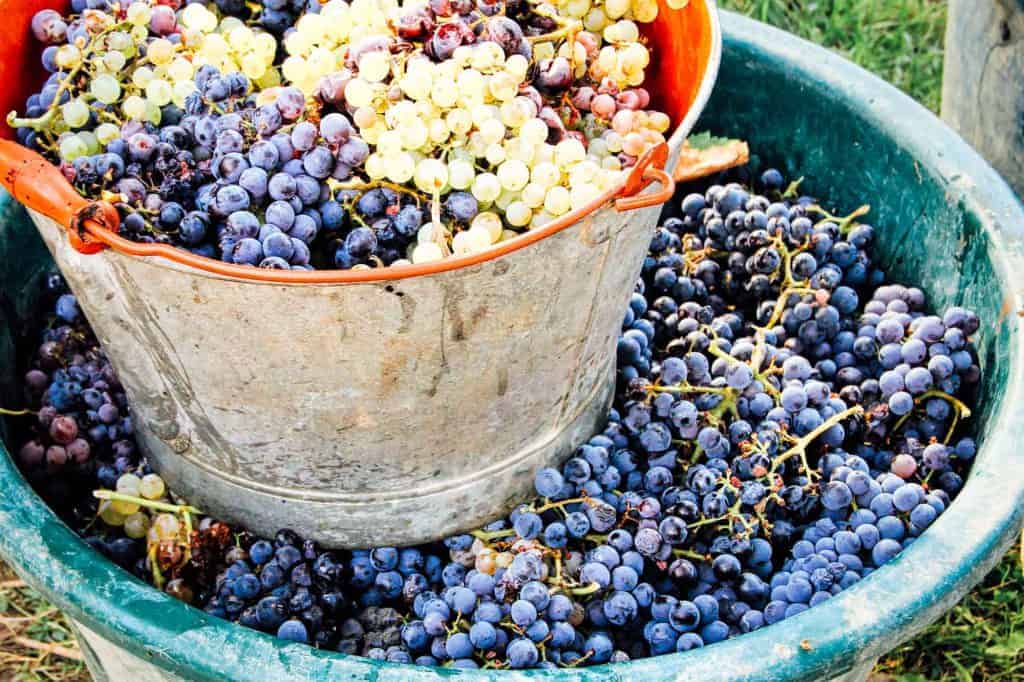 The Côtes de Provence AOC (appellation d’origine contrôlée) is the powerhouse of Provence, producing 73% of all the wine in the region. With an area of 21,100 hectares, Côtes de Provence yields about 130 million bottles of wine every year — 90% of those being rosés. So the land of rosé really is an appropriate descriptor of Provence. This AOC has been around since 1977 and is now divided into four sub-appellations:

This sub-appellation gets its name from the limestone ridge called Montagne Sainte-Victoire.

The Côtes de Provence Sainte-Victoire title includes over 5,000 acres and passes through several communes, including Chateauneuf-le-Rouge, Meyreuil, Peynier, Pourcieux, Pourrieres, Puyloubier, Rousset, Le Tholonet and Trets. Like throughout most of Provence, the dominating wine produced here is rosé at 80%, with the other 20% being reds. Cinsaut, Grenache, and Syrah are the main grape varietals grown here and used to make both the Sainte-Victoire rosés and reds.

The La Londe sub-appellation is found east of Toulon, right on the Mediterranean coast. The growing area of the La Londe title is small, making up just a fraction of the overarching Côtes de Provence appellation, yet it’s still an important component. As is the pattern, the majority of La Londe wines are rosés, and these are mostly made from delicate Cinsaut and spicy Grenache grapes. The 25% of red wines under the La Londe title are a blend of Grenache, Mourvedre, and Syrah grapes (known as a GSM).

Spanning eight communes, the Fréjus sub-appellation is found on the far eastern edge of the Côtes de Provence appellation. As this sub-sector runs into the Meditteranean coast, it’s climate is largely influenced by the near-constant ventilation. Three types of soil (red, filler, and sandy) make the wines from this area stand out. A GSM blend (Grenache, Syrah, and Mourvedre grapes) are used in both the Fréjus rosé and red wines — think tannins and tobacco from the Syrah, pepper and spice from the Mourvedre, and rich berries from the Grenache.

Established in 2013, the Pierrefeu sub-appellation includes only rosé and red wines and produces about 125,000 gallons of these annually. A GSM blend is allowed for Pierrefeu red wines, with a bit of Cabernet Sauvignon and Carignan grapes permitted as well. And for the beloved rosé wines, grapes allowed include Cinsault, Grenache, Syrah, Mourvedre, Tibouren, Clairette, Semilon, Ugni Blanc, and Rolle.

The Coteaux Varois de Provence appellation accounts for nearly 50,000 acres, and in that land, 77 private wineries and 10 cooperative wineries produce 90% rosé wines, 7% red, and 3% white out of the local calcareous soil. This AOC was first recognized in 1993, and like many of the other appellations, relies on the classic Provençal blend of Grenache, Syrah, Mourvedre, and Cinsault grapes for both its red and rosé wines.

Unlike some of the dominating appellations above, Bellet is a tiny AOC found in the hills near Nice. Bellet is significant because the reds, rosés, and whites created here are made in equal amounts. The close proximity to Italy is another noteworthy aspect, as the influence from Italian (Liguria and Piedmont) vineyards can be seen in the grape varietals chosen for Bellet wines. When it comes to Bellet white wines, this Italian influence is seen in the use of Vermentino grapes, which originate from Liguria. In Provence, Vermentino is sometimes called Rolle. For Bellet darker wines, the Italian-derived Fuella Nera and Braquet (also Brachetto) are used — just one more tie to the Italian peninsula!

After the Côtes de Provence appellation, the Côteaux d’Aix-en-Provence is the second largest appellation in terms of size. Indeed 50,000 acres is quite an expanse for any wine region. The amount of wine produced annually here is equivalent to 28 million bottles of wine. This region is the furthest west of all the Provençal appellations and this location, combined with the region’s varied soils (stony clay, sandy, loamy), help to distinguish it from others.

As one of the smallest of the Provence wine regions, the Palette appellation is lead almost entirely by a single producer. Chateau Simone controls about half of Palette’s vineyards, with the remaining acres split amongst a few other producers: Chateau Cremade, Chateau Henri Bonnaud, Chateau de Meyreuil, and La Badiane. Since 1948, this AOC has been producing a small quantity of reds, rosés, and whites. Strict AOC rules for Palette red and rosé wines state that 80% of the wines must come from a Grenche, Cinsault, and Mourvedre grape blend, with the additional 20% to come from either Syrah, Carignan, Manosquin, Castet, Cabernet Sauvignon, or Muscat Noir grapes. 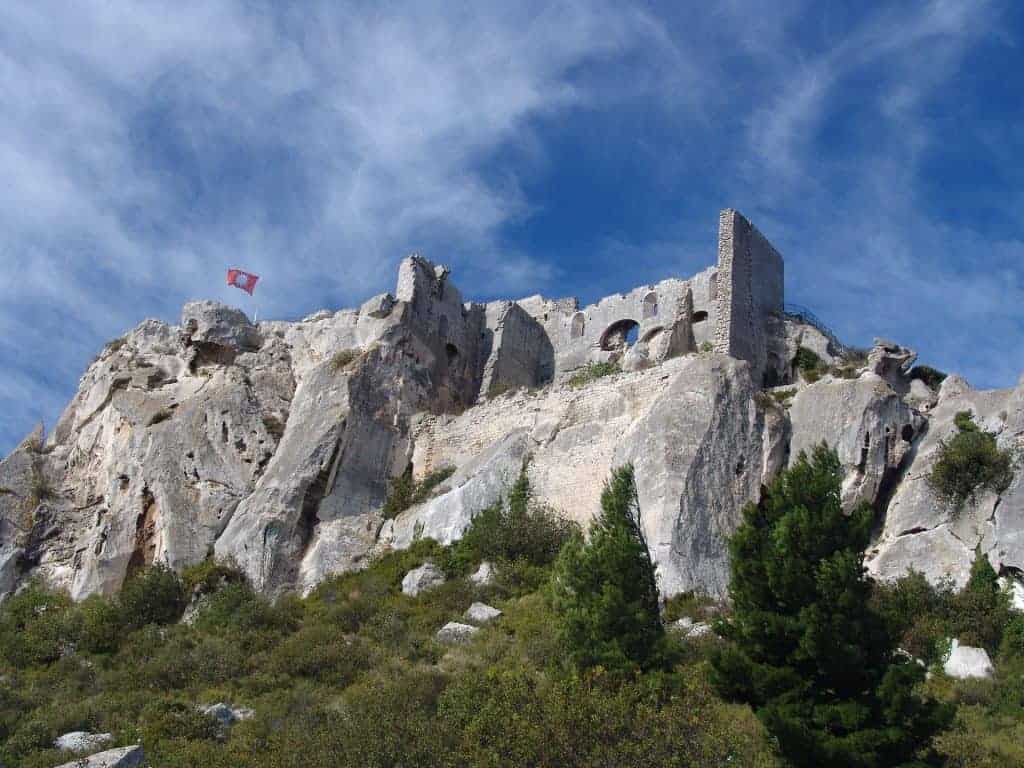 In the deep red wines of Les Baux-de-Provence, you’ll taste mountain foliage, dark berries, and violets. This small appellation, situated around the titular village on a hilltop, also creates rosé wines, yet its reds are lauded.

The terroir of the Pierrevert AOC is probably most defined by the appellation’s great elevations — Pierrevert has some of the country’s highest vineyards at 3,000 feet. Like the Bellet AOC, a small amount of Vermentino grapes (originally from Liguria, Italy) are allowed in Pierrevert wines, of which there are reds, rosés, and whites.

In a region full of famous rosé wines, Bandol is an AOC that loves rich reds. In this appellation near the coast, Mourvedre dominates. In fact, red wines coming out of this AOC must be at least half comprised of Mourvedre grapes. Leaning significantly on this varietal yields red wines that are unforgettable for their power, richness, and spice.

Cassis holds the record for the first recognized appellation in France, having held this distinction since 1936. A true standout among the Provençal wines, Cassis wines are mostly white and are known for being full-bodied, herbally aromatic, and comprised of Clairette and Marsanne grapes.