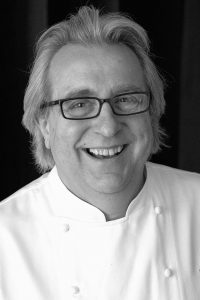 Chef Jean Joho is known across the globe for having made an indelible mark on the culinary world with his exquisite personal cuisine. Joho humbly entered the profession as a six-year-old, peeling vegetables in his aunt’s restaurant kitchen in Alsace, France. His formal training began as a 13-year-old apprentice for Paul Haeberlin of the acclaimed L’Auberge de L’Ill, and continued in kitchens in France, Italy, and Switzerland. By the age of 23, Chef J. Joho was the sous chef at a two-star Michelin restaurant where he commanded a 35-person staff. It was while he was studying at the Hotel Restaurant School in Strasbourg that Joho immersed himself in the hotel and restaurant business, as well as the arts of pastry, cheese, and wine.

Joho’s rise to international success began on the 40th floor of the Chicago Stock Exchange with Everest, which is now one of the world’s premier dining rooms. Recently, Chef Joho and his team at Everest were awarded four stars by Phil Vettel in his re-review in Chicago Tribune and awarded one star in the Michelin guide. Today, Joho’s establishments in Chicago (Everest, Studio Paris), Boston (Brasserie JO), and Las Vegas (Eiffel Tower Restaurant) set standards for dining and win accolades at every turn. Joho is also a partner in several other Lettuce Entertain You concepts, such as Chicago’s Nacional 27 and M Burger. He was recently named ‘Restaurateur of the Year’ by Gayot. Read his full bio here. 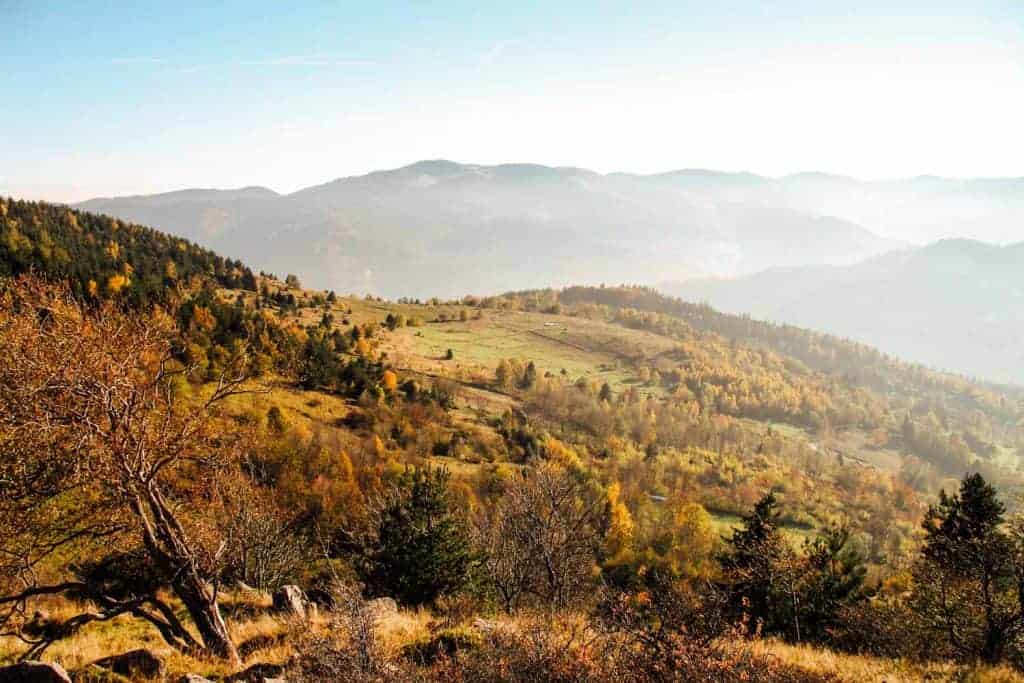 Growing up in Alsace, France

Chef Jean Joho grew up in Barr, a village set amongst vineyards in the Bas-Rhin department of Alsace. Located in northeastern France, Alsace is a region that borders Switzerland to the south and Germany to the east. It’s an unique region with its own distinct identity, language, cuisine, history, and architecture. A recent conversation with Joho shed some light on his upbringing and appreciation for the region. He grew up in a large family that enjoyed the tradition of dining together. His father was a successful businessman who entertained guests often. Time spent with his family, dining together, and entertaining were ingrained in Joho at a young age. At the age of six, he helped his aunt at her restaurant. It was here that he learned how to cook the Jewish-French cuisine that is notable to the region. Over the years, he spent his summers working in professional kitchens and learned the art of baking, butchering, and winemaking while at school.

The Alsace region is famous for a number of things: historical castles, hilltop villages, the Vosages mountain range, the Alsace Wine Route (one of France’s oldest), and decadent cuisine. However, arguably the most impressive claim to fame goes to the region’s Christmastime traditions. As Chef Joho noted, Christmastime in Alsace is nothing short of magical, featuring an array of centuries-old traditions. The Strasbourg Christmas Market (Christkindelsmärik) is the grandest of all holiday markets dating back to 1570. In Broglie square is the largest Christmas tree lot in the country, and Cathedral square offers an array of holiday tastes and scents – gingerbread, spice cake, glazed apples, mulled wine, schnapps, roasted goose, and foie gras. Below are a few highlights from Chef Joho on Alsatian Christmas traditions that he embraces. 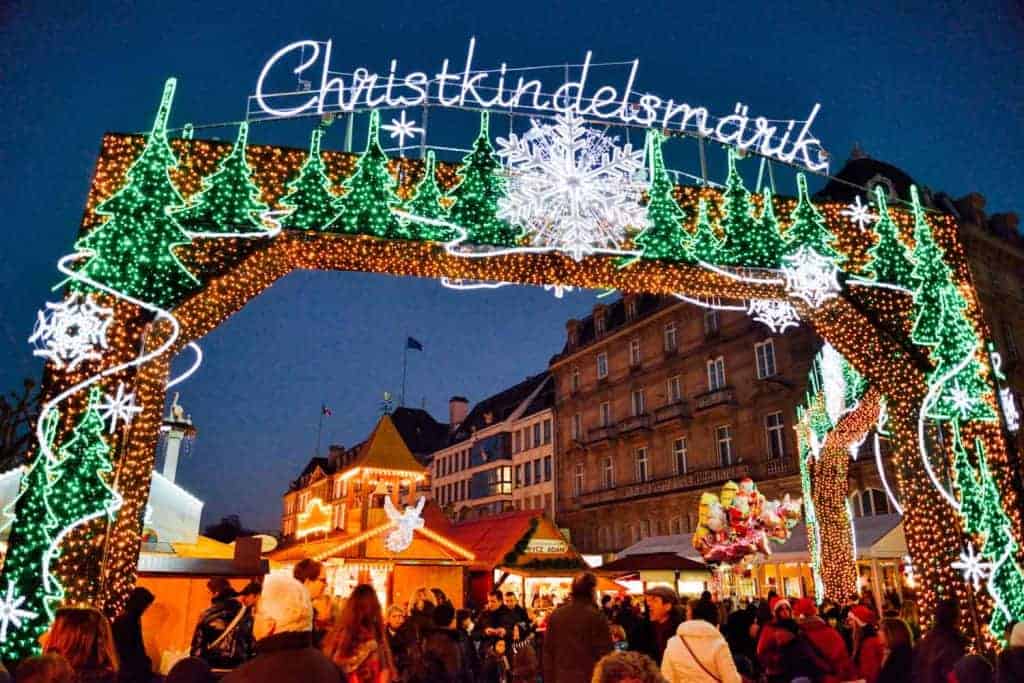 The tradition of decorating a Christmas tree originated in Strasbourg. Dating back to the 1600s, people would decorate trees with apples or other natural foods of the area. The beginning of the Christmas season is marked by Saint Nicholas Day on December 6th. The celebration includes the telling of stories and baking spiced gingerbread cookies and brioche (mannala) shaped like the saint. 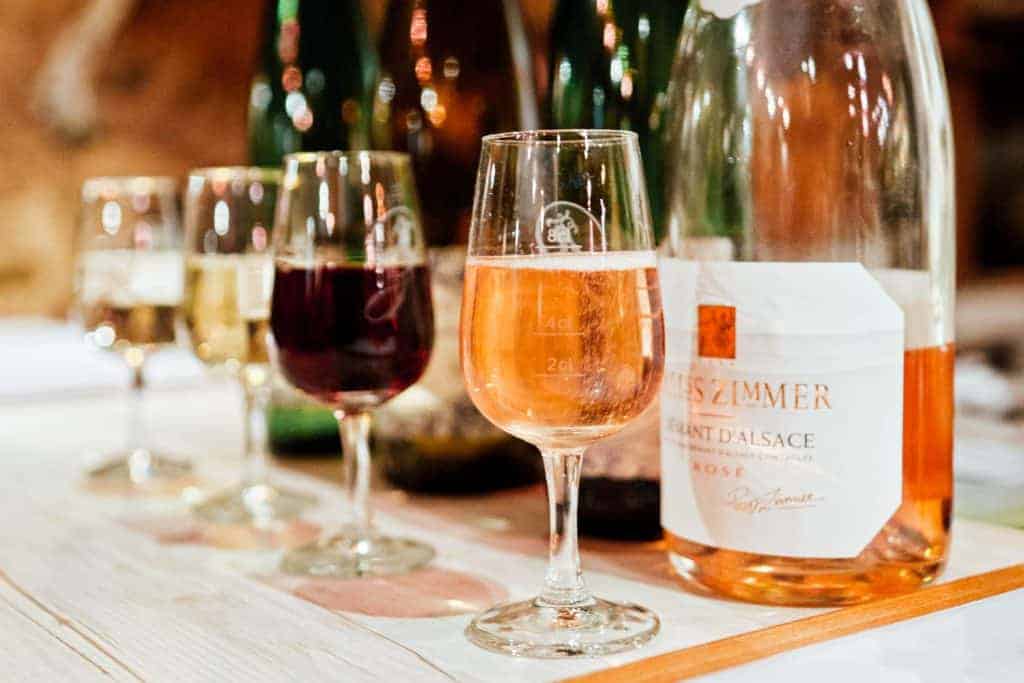 The traditional spice cake with a tangerine on top — it’s something Joho enjoyed as a child and makes to this day for his family. Christmas in Alsace also includes a tradition of cookies (anise, cinnamon) and Yule log cake (bûche de Noël).

The Christmas meal is elaborate and always features mouthwatering dishes such as Goose and red cabbage and chestnuts. Joho shared with us the festive holiday menu he prepares for his family each year, and for the first time ever will be featured at his restaurant, Everest, in Chicago from December 13th through December 29th. 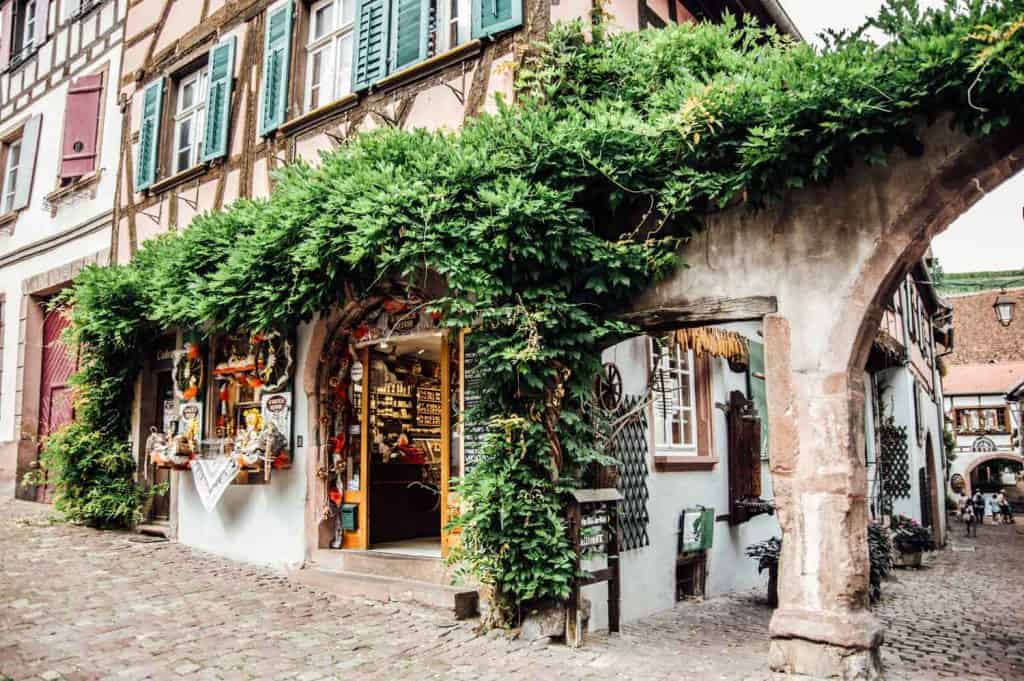 A few years back, Chef Joho and his family spent four days over Christmas in the home of acclaimed pastry chef Christine Ferber. It was a wonderful time marked by great food and wine.

According to Jean Joho

Christmas in Alsace is “truly magical – you really have to experience it.” The area is remarkably unique in that “tradition, travel, food, beverage, and culture – so much of it has been combined together.” Make Alsace your next holiday experience!

Reservations for Christmas Eve in Alsace at Everest can be made by calling the restaurant at 312-663-8920.