Along coasts famous for their white limestone cliffsides, pastel houses, and legendary winds, remarkably sweet and large lemons grow. Big as the hands of grandfathers. The sfusato amalfitano lemon trees of the Amalfi region in western Italy bear fruit so sweet they’re eaten like apples—rind, pith, and meat—by locals and visitors alike. This naturally sugary variety of lemon is called sfusato, meaning “spindle,” for its tapered shape. The Amalfi lemon’s distinctive flavor has influenced the region’s cuisine and drink for centuries. 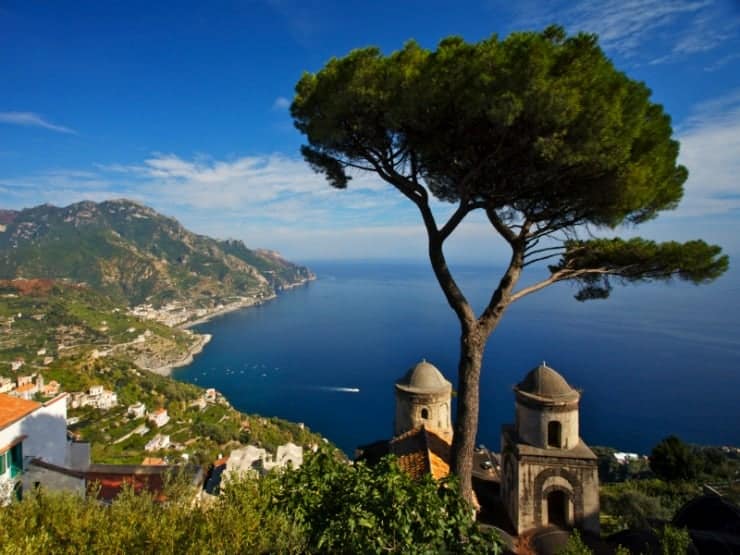 A mystical landscape. A delicious history.

Looking out across the teal waters of the Tyrrhenian Sea, the coastal towns of the Amalfi region are filled with colorful Mediterranean dwellings in shades of orange, green, and yellow situated high on cliffsides. Along those sloping towns are a series of terraces, pagliarelle, with trellises that partially shade the sfusato lemons from the harsh but nourishing sun. Lemons are a way of life in Amalfi. Their citrus aromas fill the air, they’re eaten at almost every meal, and they speckle the country with bright spots of color.

After seeing the shining beauty of the Amalfi region and coast, there’s no question that these unique lemons belong—too huge and sweet to seem real amid views too gorgeous to be of this world. The Amalfi coastal region is a UNESCO World Heritage landscape and encompasses titular Amalfi, Naples, Salerno, Pompeii, Sorrento, the islands of Capri and Ischia, among other notable cities and towns. While local products also include bambagina (thick handmade paper), a specific type of alici or anchovies, and vibrantly colored ceramics from Vietri, the lasting obsession within this area is lemon cultivation and limoncello liqueur production. 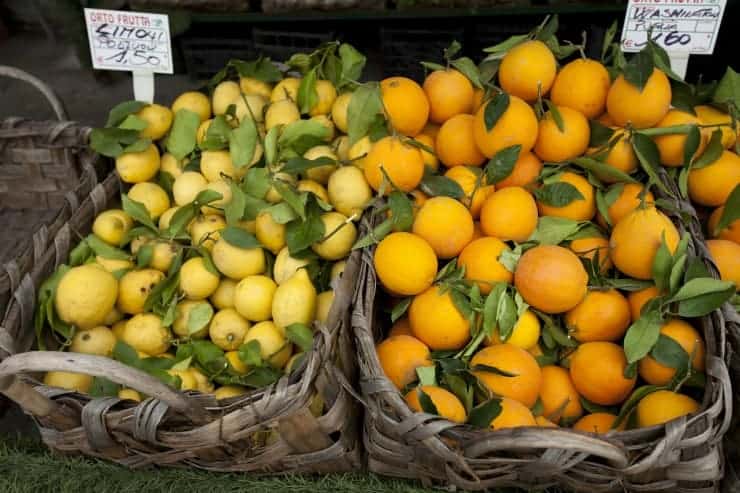 Long have the lemons been in Italy, as far back as the time of the Ancient Romans. In fact, frescoes and mosaics surviving from the ancient city of Pompeii and Ercolano (a commune of Naples) depict the Amalfi lemons. Later, during the discovery of the Americas, the Amalfi region’s lemon production burgeoned when large quantities of citrus fruits, rich with Vitamin C, were needed for ocean voyages to combat scurvy. Cultivating practices remain the same as during those early years, with the lemons still being picked by hand and often by the newer generations of the same families. What has changed is the ever increasing importance of the lemons over the last several hundred years, irrevocably tying them to Amalfi’s culture and economy.

Sun to make the lemons grow.

This region’s climate of warm summers and mild winters mixed with sea breezes year round create the perfect, nurturing conditions for the sfusato amalfitano lemon trees. Other locations around the world have failed to heartily produce this variety, but in Amalfi they prosper. Large and brilliantly yellow with slightly wrinkled, soft skin. They’re harvested for well over half a year, from February to September.

Due to their escalating importance in and ties to the region, this variety of lemon was awarded a P.G.I Trademark (Protected Geographic Indication) in 2002, which stipulates that all official sfusato amalfitano lemons and limoncello must come from trees that grow in this region. The Consortium for the Promotion of the Amalfi Coast Lemon, or Consorzio di Tutela Del Limone Costa d’Amalfi, is an organization dedicated to protecting these lemons and ensuring the world knows about their superior quality and the products created with them. 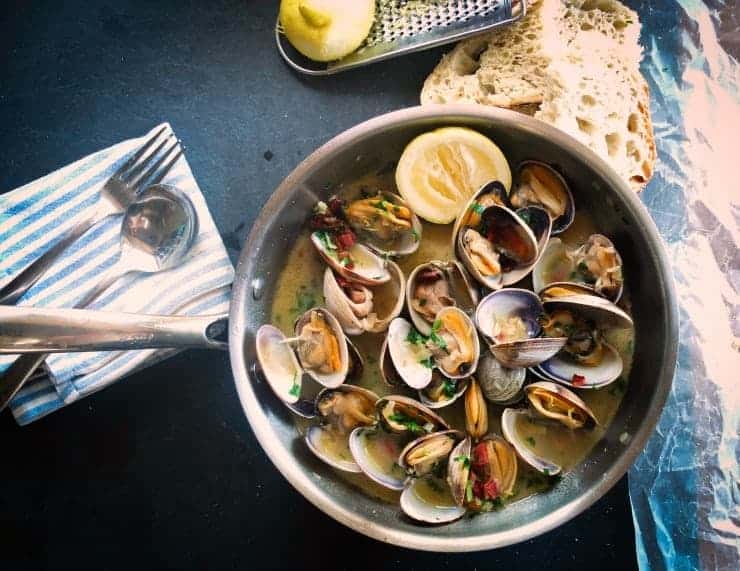 Lemon marmalade, lemon rind mozzarella pizza, salads of thinly sliced lemon mixed with olive oil, red onion, and mint. Lemon rind grated over the day’s freshest fish. Plates of lemon cake and glasses of limoncello liqueur. These just some of the many common, citrus-based dishes and drinks you’ll experience in this region of fruit trees and blue coastlines.

The influence of the sfusato amalfitano lemons in this region today is obvious, yet only since the 18th century have they been habitually used in cooking, previously used mostly as ornamental plants or for medicinal purposes. 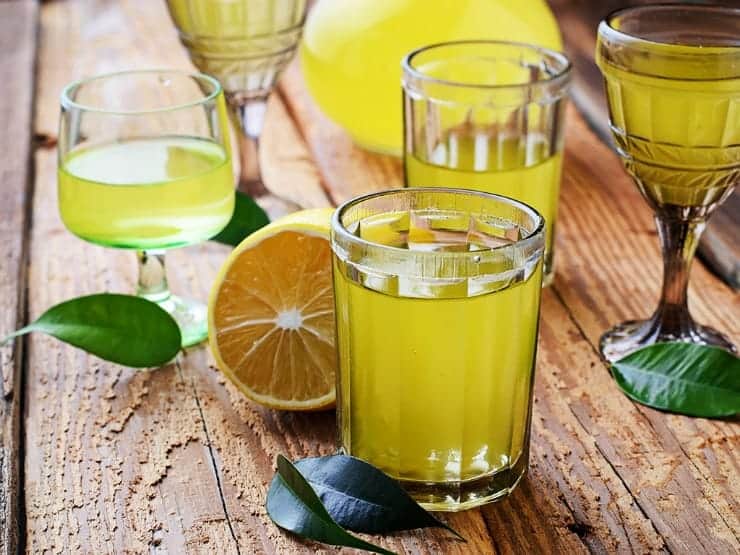 While it can be difficult to find access to authentic Amalfi lemons outside of Italy, you can enjoy the taste of Amalfi by sipping on limoncello—a drink that’s been produced in the country for over a hundred years and enjoyed on sun-drenched patios amid friends and family. A sweet and refreshing digestivo, or after dinner drink, limoncello is a liqueur made with the zest or peels of lemons grown in the Amalfi region. It’s served at freezing temperatures within slim bottles frosted from the cold. When enjoying this delightful drink outside of Italy, make sure any bottles of limoncello bought are marked with the specific P.G.I trademark logo (also I.G.P. to represent its Italian spelling of Indicazione Geografica Protetta). This emblem is an official recognition that the lemons used in the liqueur came from the Amalfi territory.