Tuscany, Veneto, Sicily, Lombardy, and Piedmont all are big names when it comes to Italian wine. However, as trends shift and consumers continue to seek out quality, some wine regions once regarded as nothing more than mass producers are changing their approach and garnering big attention. One such region is Puglia. Located on the southeastern heel of Italy’s boot, this coastal wine growing region — flanked by the Adriatic Sea to the east, the Tyrrhenian Sea to the west, and the Ionian Sea to the south — has found its footing in recent decades, and continues to earn prestige and recognition for its wines. Historically regarded as a mass producer of table and blending wines, wine lovers today travel near and far to sip the sumptuous wines of the region. Pair that with Puglia’s unspoiled beaches, sun-bleached Greco-Roman architecture, and exquisite cuisine, and it becomes near impossible to resist the seductive allure of this Mediterranean oasis. 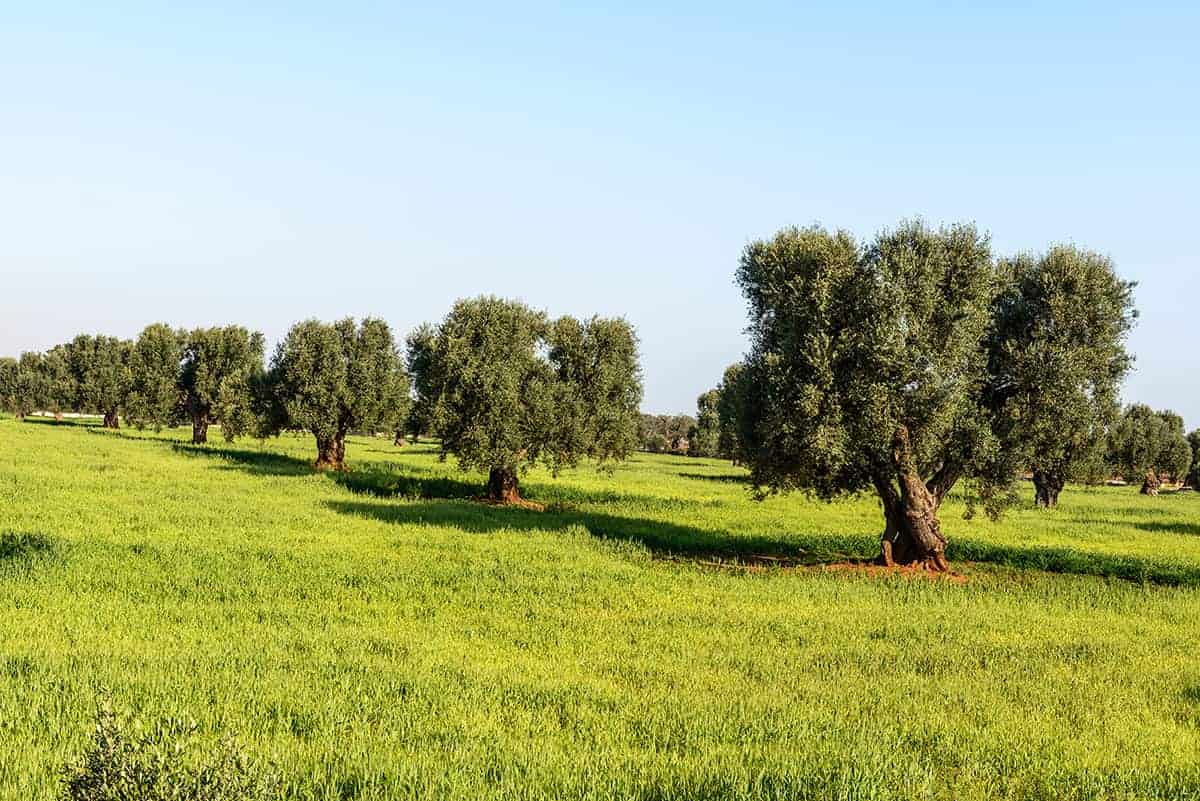 Like grapes, olives are one of Puglia’s most prolific crops.

The hot, dry climate and fertile soils of Puglia provide excellent growing conditions for a number of important crops. Olive groves dominate much of the regions horticultural landscape, as well as tomatoes, lettuces, and artichoke, to name a few.

Like olives, however, grapes are one of Puglia’s most prolific crops. Surrounded by 400 miles of coastline (the longest coastline in Italy), the cool breeze from the surrounding waters helps moderate vineyard temperatures, providing ideal conditions for growing grapes.

With ample vineyards all producing bountiful yields, it’s no surprise that Puglia became a mass-producer of wines. However, with the region’s long-term emphasis of quantity over quality, Puglia over time also earned a reputation as a producer of low-quality blending wines. However, it wasn’t until the end of the 20th century, when consumers began demanding higher quality wines, that Puglia was forced to either make a change or suffer the economic consequences.

By reducing yield restrictions and adopting new winemaking methods, Puglia as a whole has overcome much of the hardship it faced at the end of the last century, and has repaired much of the damage done to its reputation as a result. Today, Puglia boasts more than two-dozen DOCs (Denominazione di Controllatas), placing it on the same playing field as some other prominent wine growing regions.

Celebrated varietals from Puglia span the entire region, from ‘true Puglia’ in the south, which is heavily characterized by its Greco-Roman past, to the hillier north, where winemaking customs have historically been more traditional. Across Puglia’s more than 25 wine growing sub-regions, a wide range of varietals — nearly all of them red — are produced. Among these, three of the most prominent are Primitivo, Negroamaro, and Bombino Nero. 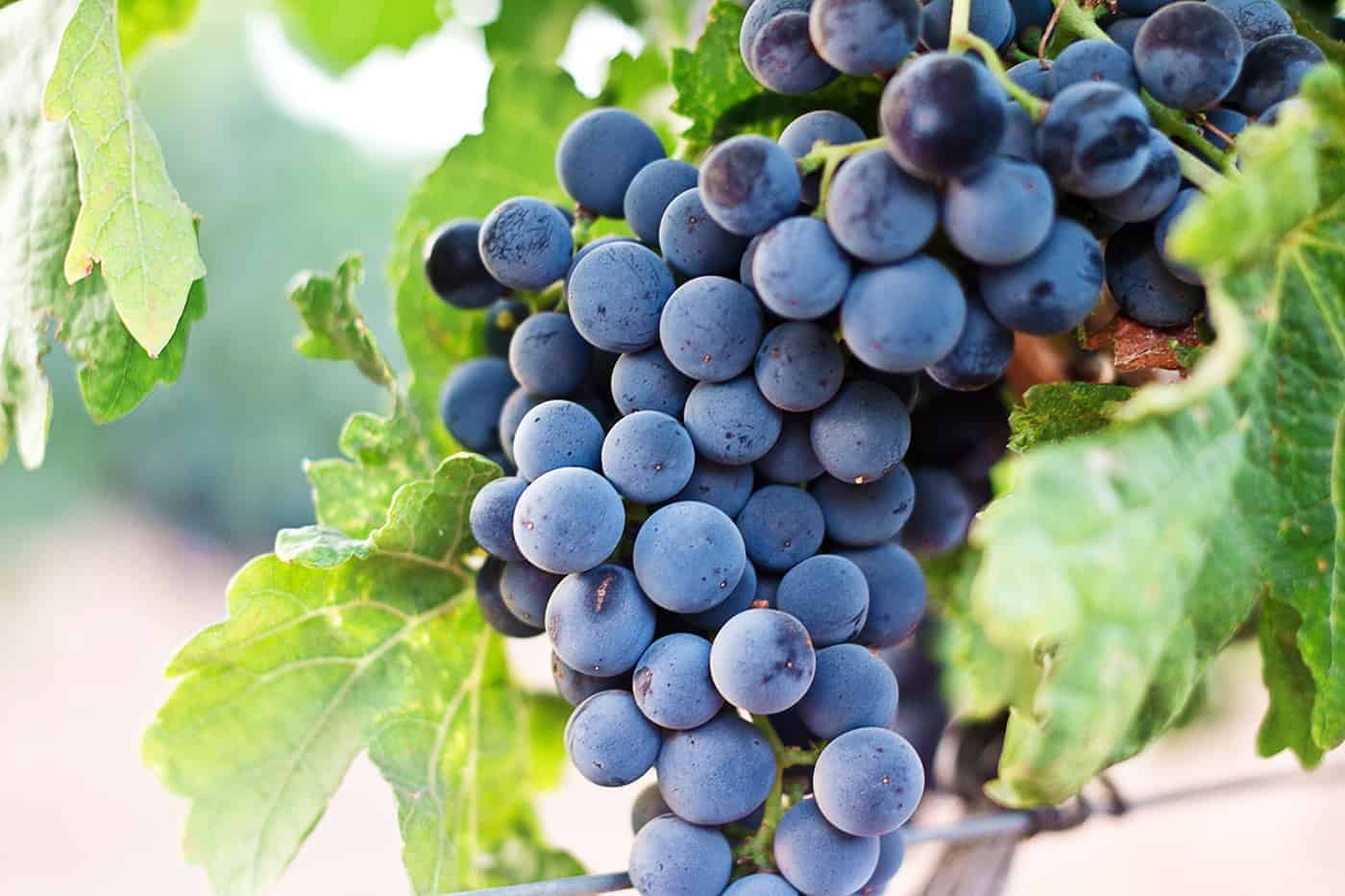 Primitivo is one of Puglia’s most prominent varietals.

Dark-skinned, fruity, and tannic, if this rich, full-bodied red reminds you of Zinfandel, that’s because it is. Originally from Croatia, Primitivo grapes were introduced in Puglia centuries ago, before southern Italian immigrants to America brought the varietal to California in the 1800s where it was planted and renamed Zinfandel. Grown across Puglia, Primitivo translates in English to ‘early one,’ a fitting name for a grape that ripens earlier than other varietals. Like Zinfandel, Primitivo pairs well with just about any type of meat, including beef, pork, lamb, poultry, and fish, as well as pasta and cheese.

Grown throughout southern Puglia, Negroamaro is the most widely grown grape variety in the region. Characterized by notes of plum, berry, and spice, the aptly named Negroamaro translates to ‘black bitter’ in English. Due to their versatility, Negroamaro grapes are used in making everything from big, heavy wines, to more delicate and aromatic rosés. Negroamaro is used in various DOCs, and most famously in Salice Salentino. Because Negroamaro manifests in different forms, it pairs well with a variety of foods, including fatty meats like lamb, tomato-based dishes, and cheese.

Unlike Primitivo, Bombino Nero grapes — which are grown in Puglia, as well as the neighboring region of Basilicata and the island of Sardinia —  are usually the last to ripen, resulting in a grape that is high in acidity and low in sugar. Because of this, Bombino Nero grapes are rarely the star of the show. Instead, they’re used for blending, or as a color enhancer for some rosés. Like many wines from Puglia, Bombino Nero blends pair well with fatty meats, cheese, and pasta.