Fresh seafood and tapas bars, Roman ruins at every turn, beaches awarded the highest eco-recognitions — Tarragona pretty much has it all! This port city in northeastern Spain is part of Catalonia and offers travelers and locals access to the jealousy-inducing Costa Daurada (or Golden Coast) along the Mediterranean Sea. Abundant seafood, fertile lands, and close proximity to the sea have no doubt contributed to the long human history in the area. In fact, Tarragona’s well-preserved archaeological monuments are a highlight for modern visitors and an absolute must-see for anyone. With a population hovering around 200,000 — but with a history going back to the fifth century BC — you can start to get an idea of just how much cultural complexity there is in the 22 square miles that make up this seaside city. Read on for our guide to Tarragona, including where to savor the best seafood lunches and which UNESCO World Heritage Site is one of our favorites. And, of course, don’t forget to brush up on these 11 Catalan Phrases Every Traveler Should Know before you make your way to alluring city. 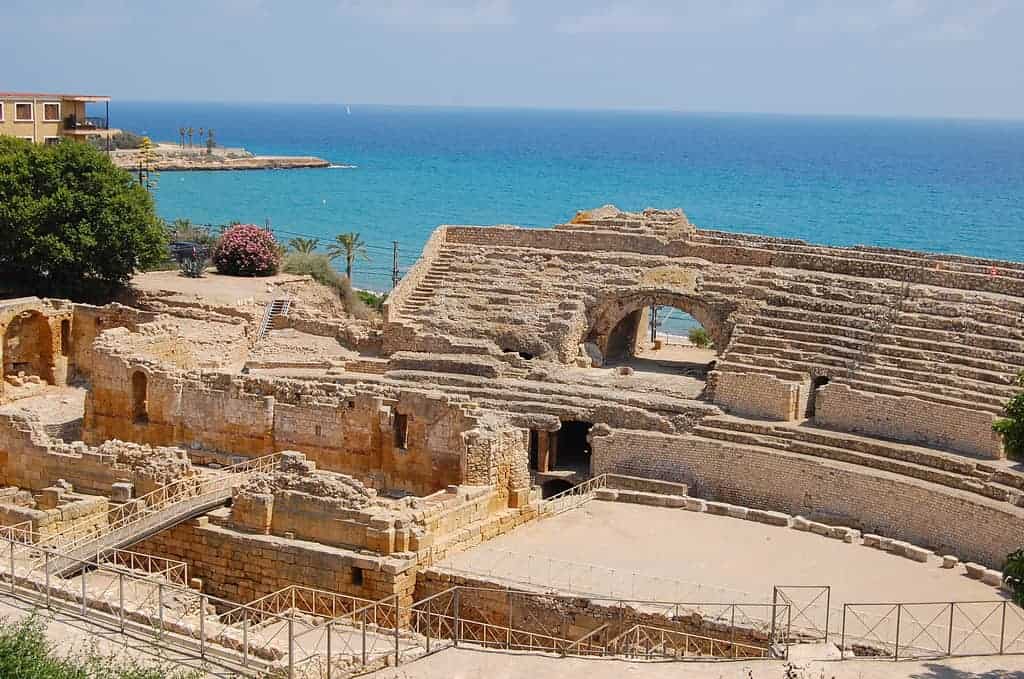 The Tarragona Amphitheater, or Amfiteatre de Tarragona, is a Roman monument dating back to the second century AD. Historically, Tarragona was a Roman city called Tarraco, and this is why the Tarragona Amphitheater is sometimes called the Amphitheatre of Tarraco as well as why it’s included in the Archaeological Ensemble of Tárraco, a UNESCO World Heritage Site since 2000. Along with the Tarragona Amphitheater, the Archaeological Ensemble of Tárraco includes 13 other Roman ruins, including the Roman Wall of Tarragona, The Provincial Forum of Tarraco, Arc de Bera, the Roman quarry of El Medol, and others. The amphitheater was designed to seat 15,000 people who came to view gladiator fights and animal hunting performances. Two other noteworthy monuments are actually found within the amphitheater: the ruins of a sixth-century Visigothic church and a 12th-century Romanesque church, which were both built to pay tribute to the Christian martyr Fructuosus. It’s a gorgeous, ancient amphitheatre to see — ascending steps are carved into the beige stone and entrance tunnels into the amphitheater give quick views of the turquoise Mediterranean sea just beyond the outer walls. 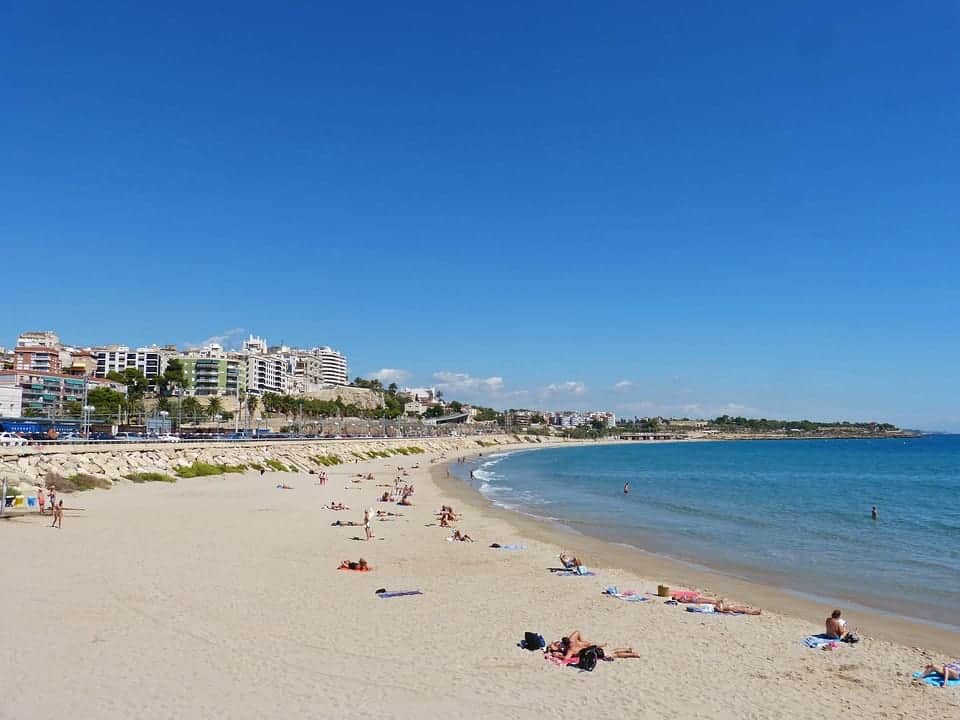 Tarragona is situated in the middle of the Costa Daurada, or the Golden Coast, which stretches for nearly 60 miles along the Mediterranean Sea. This is a world-renowned coast and that makes it an extra special treat for the city of Tarragona to have its entire coastline included. Even more, many of the beaches in Tarragona have been awarded a Blue Flag designation, which is an international eco-recognition given by the Foundation for Environmental Education. To earn a Blue Flag distinction, beaches and marinas must meet high standards in terms of water quality, environmental and ecological management and protection, and offer education about their coastal ecosystems. Out of Catalonia’s 89 Blue Flag beaches, 38 can be found in Tarragona along its 10 miles of coastline. With Catalonia’s mild winters, you can enjoy beach time for many months each year, and feel the fine, golden sand that gives the Golden Coast its name. Some of the most popular beaches are Platja de l’Arrabassada, Platja dels Capellans, Platja Llarga, and Platja del Miracle, which is bordered by the Tarragona Amphitheater on one side and the sea on the other. When it comes to choosing, you can’t really lose at any of these sun-soaked beaches. 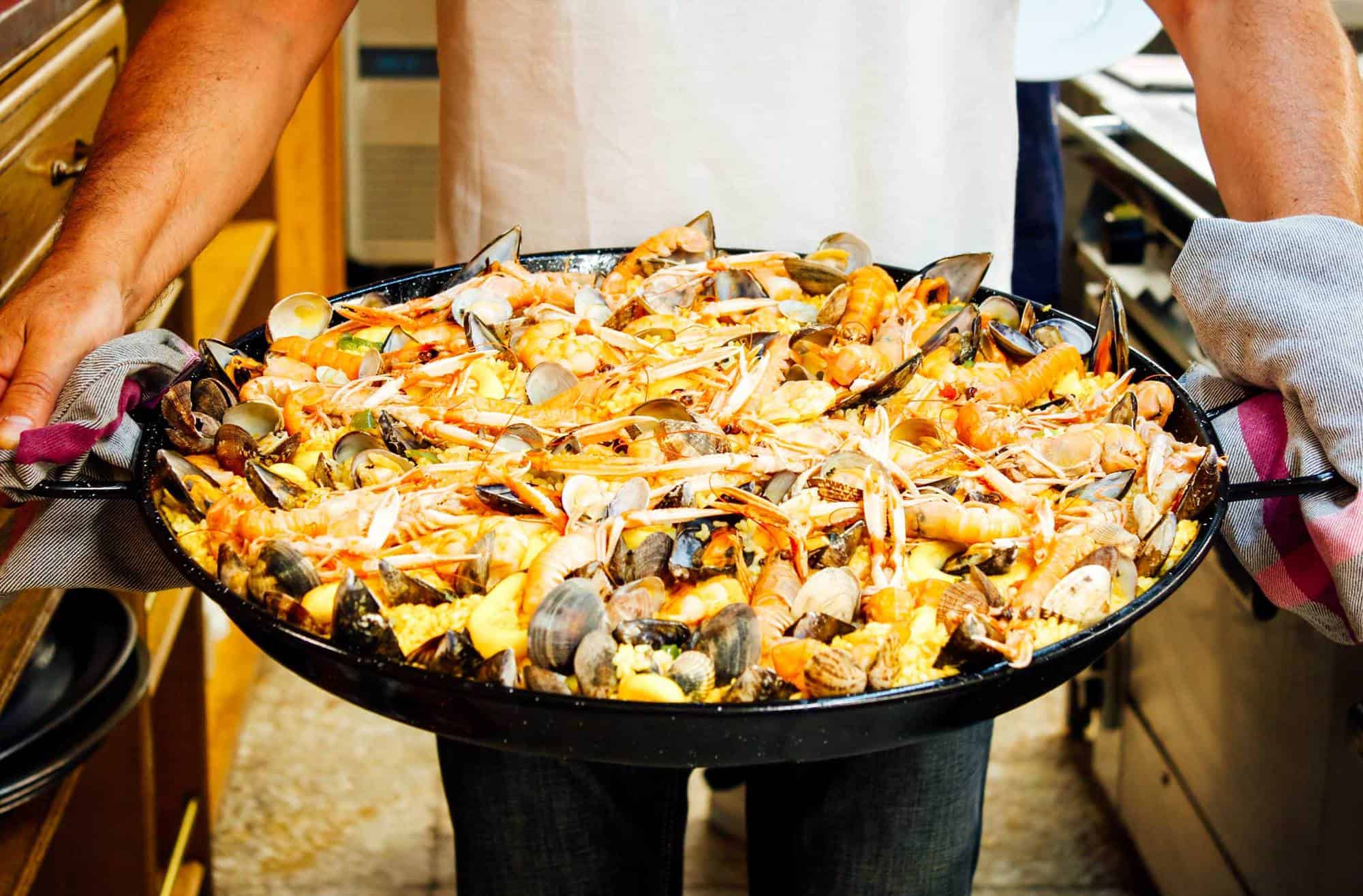 Catalan Cuisine and the Restaurant Scene

You won’t go hungry (or thirsty) in Tarragona, that’s for sure. With an abundance of restaurants, bars, and cafes, you’ll have the chance to taste many of the local specialities. You can find some of the best eateries near public squares in the city’s old town, like Plaça de la Font, Plaça del Rei, and Plaça del Fòrum. You can find many of the local seafood dishes at these restaurants and tapas bars, but we’d especially recommend heading over to the harbor neighborhood of El Serrallo when you want a taste of the sea. Known as the Fisherman’s District, this quaint neighborhood with cobblestone streets has been a fishing hub since the 13th century. Here you can find Bacalao a la Catalana, which is cod prepared in the traditional Catalan style with raisins and pine nuts; pickled tuna called Tonyina en escabetx; Cargols a la llauna, which are cooked snails; seafood paella; and arros negre, which is rice cooked in squid ink. Beyond seafood, we also recommend you try the tried and true Catalan speciality pa amb tomaquet. The oldest written recipe for pa amb tomaquet dates back to 1884, but it’s still made the same today, by taking high-quality, toasted bread that is rubbed with tomatoes and garlic and seasoned with local olive oil and sea salt. 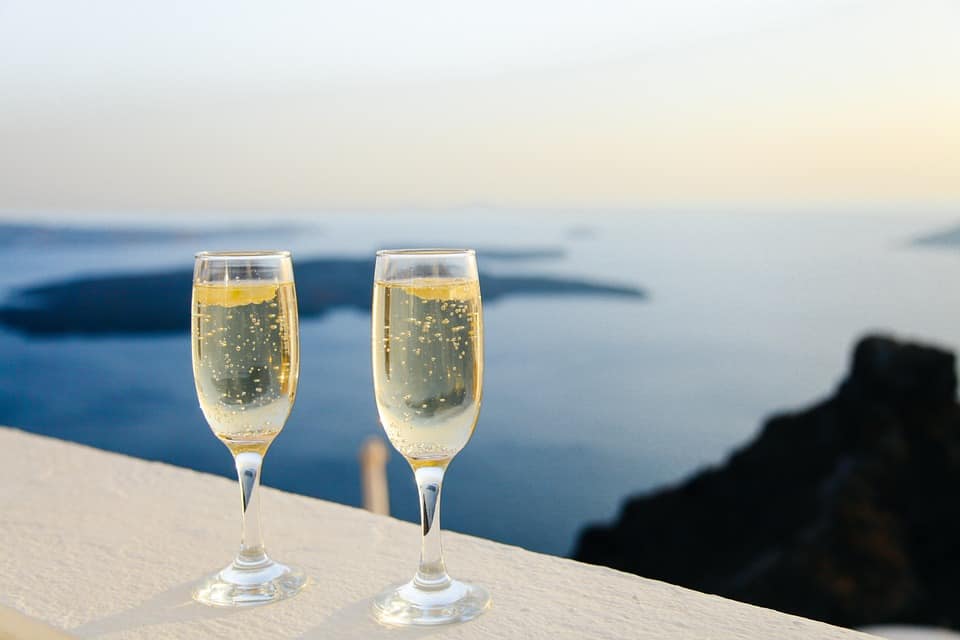 The Tarragona wine region is actually separated into two distinct parts — one large coastal section called Tarragona Campo and another smaller inland segment called Ribera d’Ebre. Interestingly, the Tarragona Denominación de Origen, or DO (a regulatory classification system), has existed since 1947 and is therefore one of the oldest designations in Spain. When it comes to the history of how winemaking first began here, there are more questions than answers. It’s not quite known if it was the Greeks or Romans who first began growing grapes, but historians know that wine has long been associated with Tarragona. Fun fact: sweet fortified wines produced in Tarragona in the twelfth century were extremely popular at the time and were enjoyed locally as well as shipped abroad. When it comes to the modern-day wines produced, it’s probably not a surprise that the varying terrain of the two wine sections result in a diverse group of wines. You can still find sweet fortified wines that were so historically popular, plenty of Cava, and fruity rosé wines perfect to pair with a beach day. 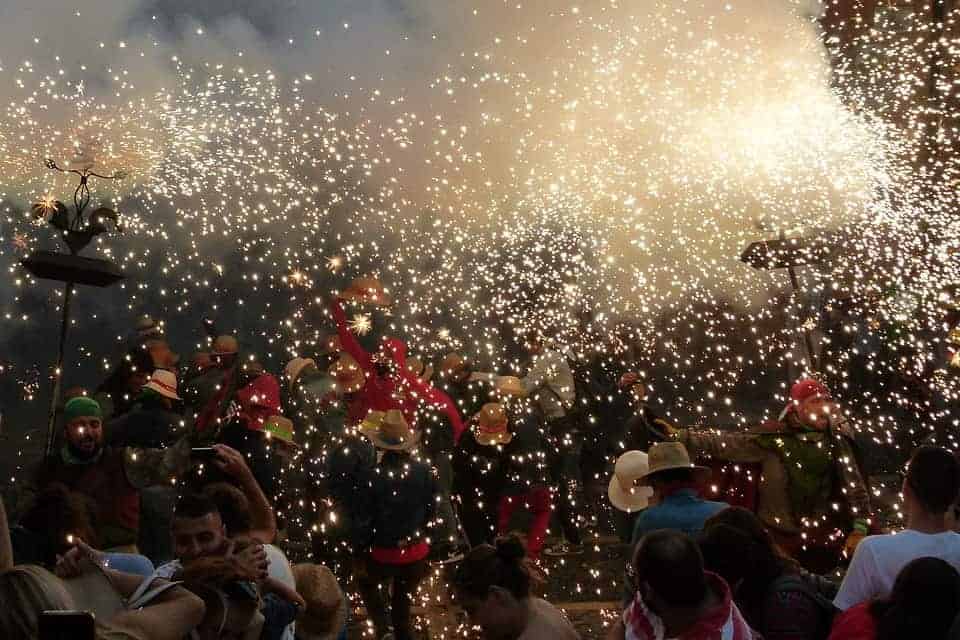 The culturally significant Santa Tecla Festival has been held in Tarragona every September since the 14th century and features an exciting variety of performances, parades, “human castle” competitions, music, and more. The festival is so popular and important that the Spanish government has awarded it the distinction of “Patrimonial festival of national interest” and “Touristic festival of national interest.” You’ll witness street performances, dances, fire runners, and castells. Also called “human castles” or “human towers,” castellers are people who compete to build the tallest towers by standing one person on the next person’s shoulders. Usually the towers aren’t higher than five people, but once the towers are complete, they become pillars caminant, meaning “walking pillars.” That’s right, the stacked human towers actually walk while staying vertically balanced! While the festival is worth planning your visit around, you can enjoy the festivities even when it’s not September by touring La Casa del la Festa. Meaning “House of the Festival,” this museum of sorts stores all the costumes, parade items, and more in the months outside the festival. La Casa del la Festa even has a wing devoted to audiovisual displays that give visitors a better sense for what happens during the Santa Tecla Festival.