Northern Italy is the land of stuffed pastas. From squared-off ravioli to Lombardy’s casoncelli, these filled pastas are regional delights. We’re focusing on one of the most iconic and beloved pastas of the northern boot: tortellini.

Tortellini has an interesting history, with several cities claiming its origin. The many alternative names of tortellini — ranging from “navel” to “love knot” — reflect the folk tales and mythologies surrounding this unassuming pasta. Read on to learn why it’s been a favorite for centuries.

How to make tortellini

Typically, this ring-shaped pasta is filled with either cheese or meat (traditionally prosciutto or pork loin). While packaged tortellini can be found in just about any grocery store in the United States, there’s nothing like tasting the quality of traditional handmade tortellini. Fresh dough, fresh ingredients, freshly cooked.

Whether you’re making meat-filled tortellini, or cheese-filled (often called cappelletti), you’ll start with a simple pasta dough made from flour, eggs, water, olive oil, and salt. Cut this dough into 1.5 inch circles or squares for stuffing and rolling. Make sure to keep the dough covered until you’re ready to shape the tortellini to stop the dough from drying out.

Meat fillings are some of the most common for tortellini and are usually created with a combination of pork loin or prosciutto (or both), mixed with egg, parmesan cheese, and grated nutmeg. Combining all these ingredients will create a sort of paste that you’ll spoon onto the center of your cut dough.

While tortellini can be used in a variety of hearty soups or covered with rich, delicious sauces, the main way Northern Italians enjoy this stuffed pasta is in broth. Tortellini en brodo is simply tortellini in a chicken or beef broth. It’s a fantastic way to showcase the delicate flavors of this straightforward pasta. Learn how to make it here. 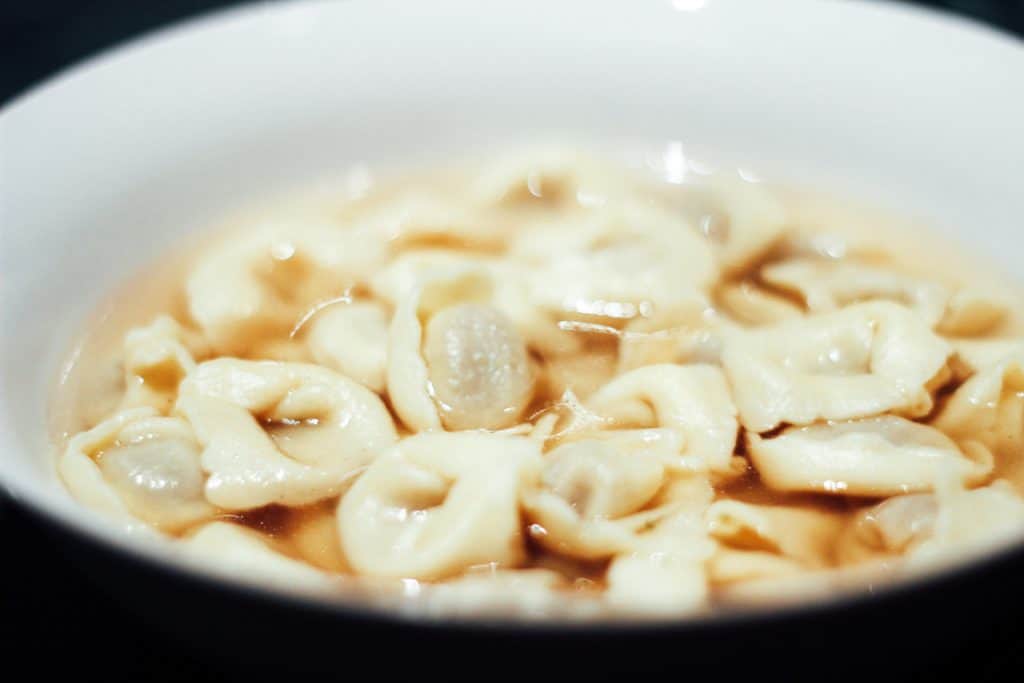 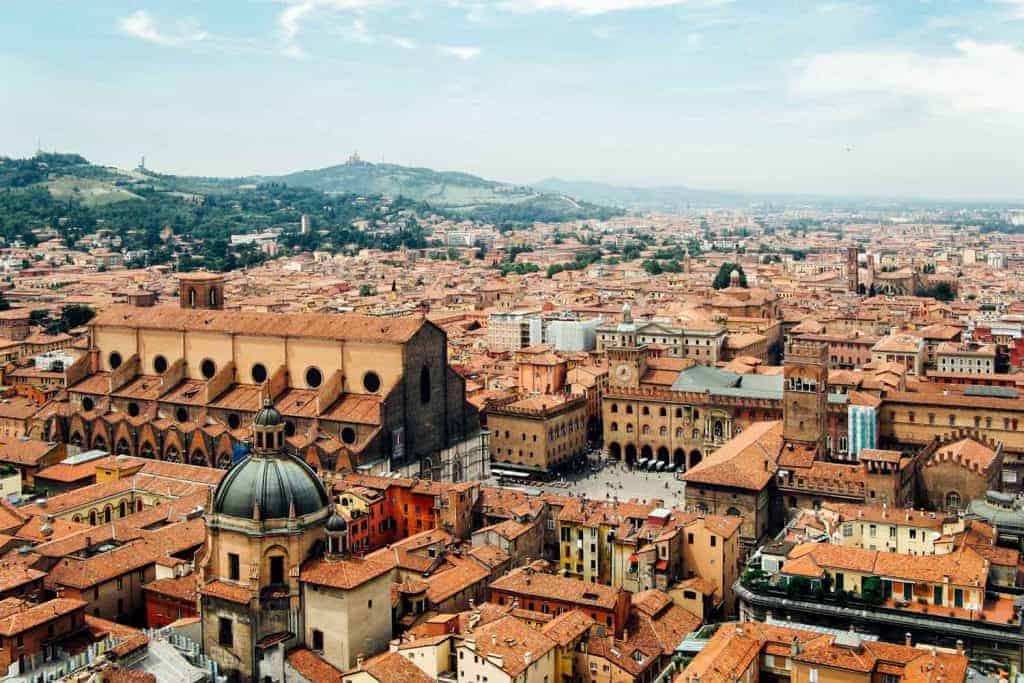 Where does it come from?

There’s no mistaking, tortellini has its origins in Northern Italy. But where exactly? That’s a good question. While the tradition of tortellini-making has long been a part of Northern Italy, this stuffed pasta is believed to have been created somewhere between Modena and Bologna.

The multiple origin stories of this pasta are truly magical, with one tale involving Venus and Jupiter. This myth about the creation of tortellini says Venus and Jupiter stayed at an inn between the cities of Modena and Bologna. The innkeeper, fascinated by the god and goddess, peered through the keyhole into their room and spotted Venus’s navel. He then shaped the tortellini pasta to reflect this and honor the Roman goddess.