Basque Country is a truly unique region. Bridging the borders of Spain and France, Basque culture and cuisine is the perfect fusion of indigenous Basque, Spanish, and French influences. It’s a definite must-see for any traveler, but especially for those desiring a gourmet food experience in a picturesque setting. Basque cuisine is full of rich flavors, varied inspiration, and ingredients fresh from the sea. We prepped your taste buds in Whet Your Appetite: Spain’s Basque Country, and now we’re going in-depth. Read on to learn what you absolutely must taste while in Basque. 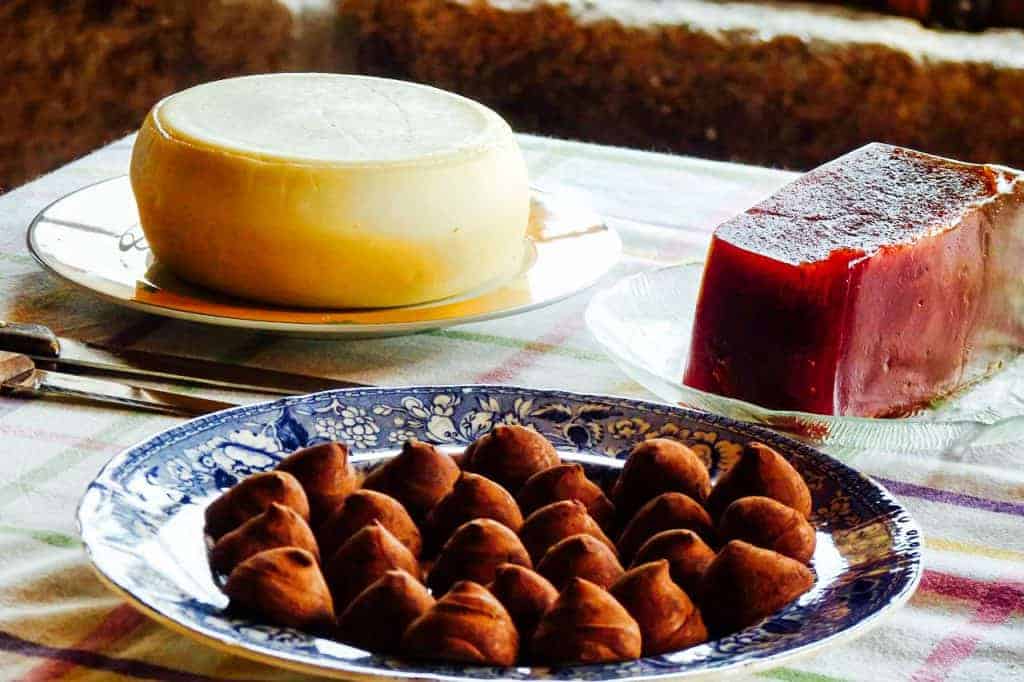 The most famous cheese from Spain’s Basque Country has to be Idiazabal. This sheep’s milk cheese has been a protected product since 1987 when it received its certification for a Denomination of Origin product. This means the production of Idiazabal is incredibly strict. To be called “Idiazabal,” the cheese cannot be smoked, the milk must be curdled using lamb rennet, and the milk must come from the Latxa or Carranzana breeds of sheep that are native to the Basque Country.

Idiazabal can be enjoyed as an aged cheese, when the texture is firmer and the taste sharp. However, we recommend eating it when it’s fresher and has a mild, buttery flavor. Fresh Idiazabal cheese is perfect for pairing with quince jam — a definite Basque favorite.

What is quince jam? It’s a fruity, solid jelly. While that may not sound great, it’s delicious. Quince is a tart fruit that tastes like a cross between an apple and a pear. To make quince jam, also called dulce de membrillo or quince jelly, quince fruits are coated in sugar and cooked. Quince turns a vibrant red when heated, produces a strong perfume, and eventually turns into a dense jelly. This jelly is then cut into blocks for storing, selling, or immediate eating. 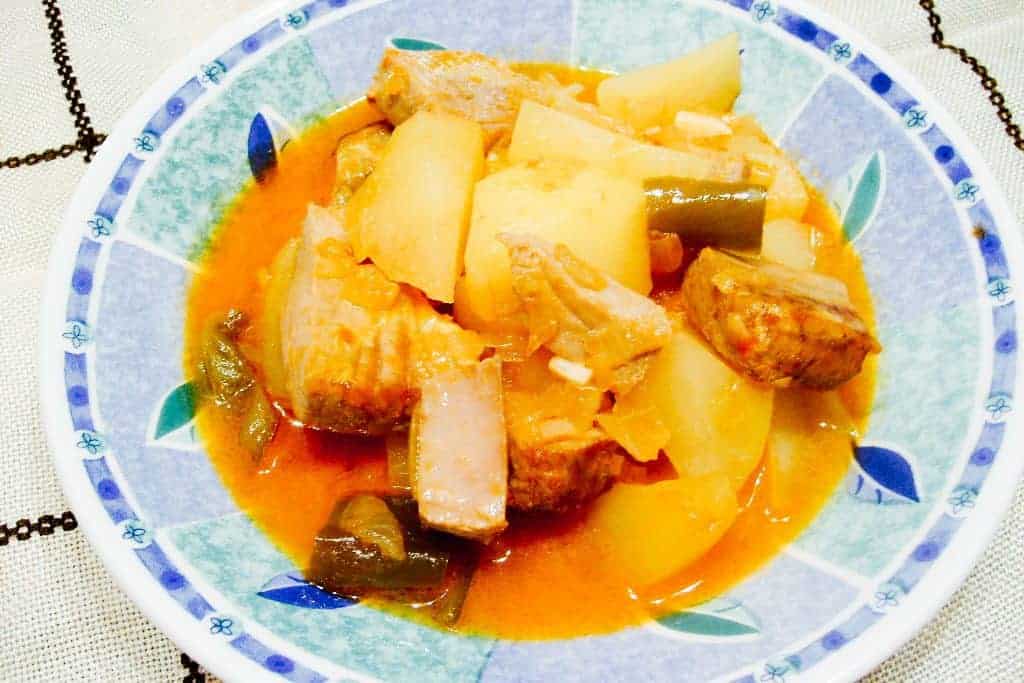 Marmitako is a delicious Basque fish stew. While some modern variations use salmon, traditional marmitako features tuna as the main seafood ingredient, along with peppers, tomatoes, onions, and potatoes, which help thicken the soup.

Historically, this was a fisherman’s stew, cooked aboard boats on the Cantabrian Sea. Now it’s a favorite in homes and restaurants too. We’d definitely recommend you try it in Spain’s Basque Country, but if you must make it at home, we love this recipe. 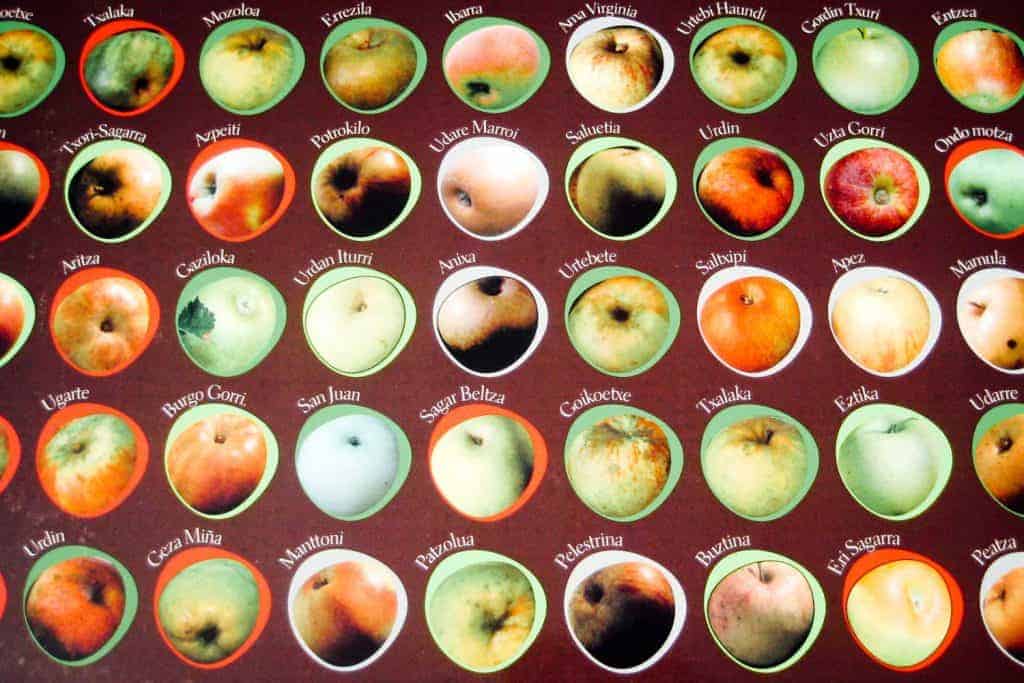 Known as Sagardoa, Basque cider is an non-carbonated, alcoholic apple cider that’s been popular in the Basque Country for hundreds of years. This kind of cider is distinct from others produced throughout Europe because it is still, not carbonated, and is made without sugar. For this reason, the sour flavor of Basque cider can be an acquired taste.

While the cider is widely available in bottles, the best cider experiences in Basque take place in lively cider houses, known as sagardotegi. Cider house patrons get their drinks directly from the large barrels of cider in an elaborate pouring method that’s incredible to see. A high concentration of sagardotegi are found in the towns of San Sebastián and Astigarraga. Read more about traditional Basque cider houses, called sagardotegi, in Whet Your Appetite: Spain’s Basque Country. 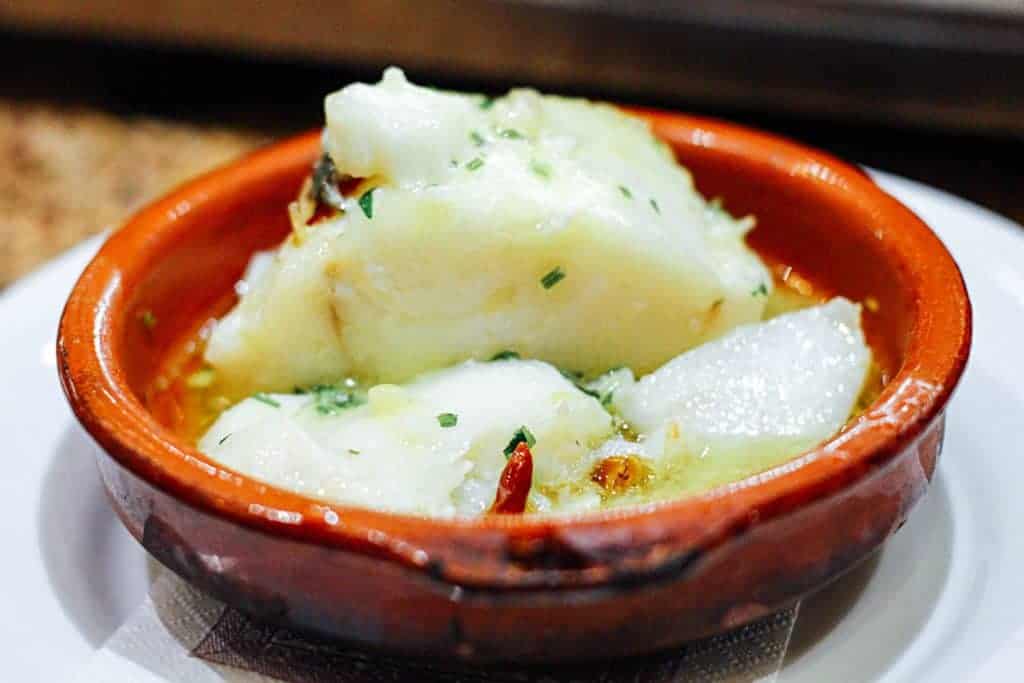 Codfish, called Bacalao in the Basque language, is a staple of Basque cuisine. Cod omelettes are often eaten in cider houses, and salt cod is also used as the main ingredient in two, authentic and popular Basque dishes: Bacalao al Pil-Pil and Bacalao a la Vizcaína.

Bacalao a la Vizcaína is also easy to make, with few components: cod, onion, garlic, chorizo peppers, and tomatoes. Learn how to make it here. 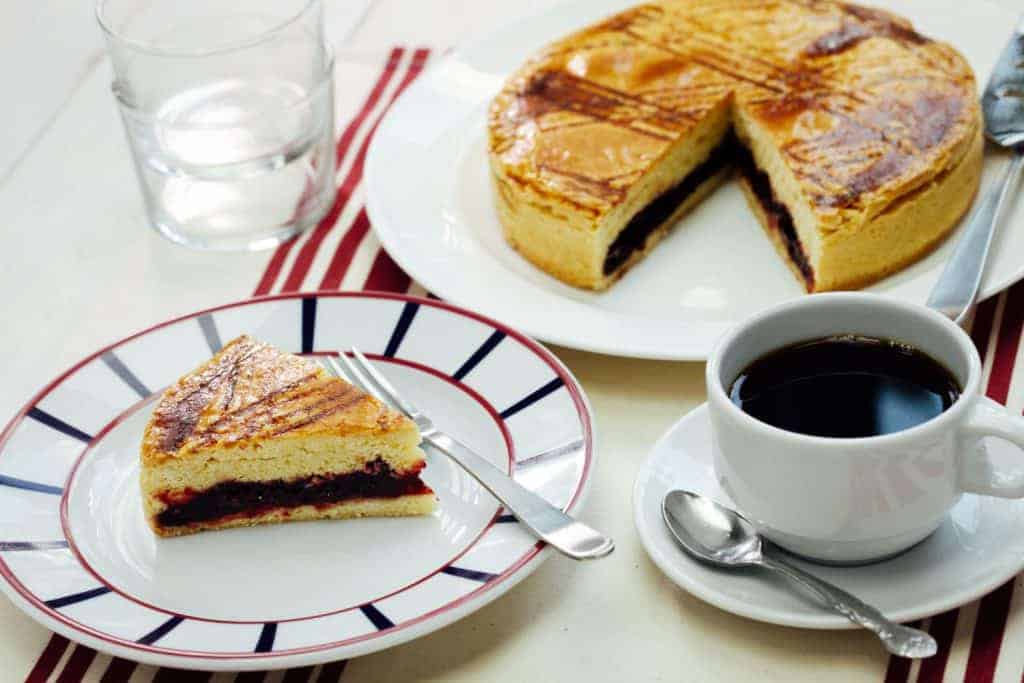 Every cuisine has delicious sweets, and Basque cuisine is no different. Etxeko biskotxa, meaning “cake of the house,” is the name for a traditional dessert made in Spain’s Basque Country. Layers of wheat flour pastry dough make up the cake, and it’s filled with either preserved cherries, vanilla cream, or almond cream. This dessert is also made in French Basque Country, where it’s called Gateau Basque.