As the oldest and one of the most famous wine trails in France, the Alsace Wine Route is a must-see experience for any wine lover. Comprised of charming villages, Renaissance-era houses, and medieval chateaus, the more than 100-mile route begins in the northeastern commune of Thann, and meanders north through well-known wine towns like Colmar, Ribeauvillé, and Obernai, following the Rhine River as it passes the foothills of the Vosges mountains, and culminating in scenic Marlenheim.

A popular weekend destination among French, German, and Swiss travelers, the Alsace Wine Route attracts visitors near and far, and has been doing so for more than 60 years. With more than 70 wine villages to explore, 27 Michelin-starred restaurants, and a number of highly regarded winstubs and B&Bs for visitors to experience, it’s no surprise that the Alsace Wine Route has withstood the test of time as one of France’s most popular wine trails.

Novice wine drinkers and experts alike will find themselves at home along the Alsace Wine Route, however, the route is particularly welcoming for fans of Riesling, Gewürztraminer, and Pinot gris, as these are the most widely produced varietals in the area. In fact, nearly all Alsatian wines are white, except for Pinot noir, which accounts for only 10 percent of wine produced in Alsace.

With a wide range of cellars, restaurants, historical architecture, and other attractions to explore, the Alsace Wine Route provides a myriad of activities and experiences for wine lovers of all types. Read on to learn more about this vinicultural treasure, including tips for planning your itinerary.

Ruins such as these in Ribeauvillé are common sites along the historic Alsace Wine Route.

History of the Alsace Wine Route

Established in 1953, the Alsace Wine Route is the oldest wine trail in France. However, its history as a wine producing region dates back much farther.

Winemaking in Alsace began after the arrival of the Romans, sometime during the 2nd century, BC. But it wasn’t until about the 12th century that winemaking became a prominent part of Alsatian culture, as it’s known today.

Much like its culture, however, winemaking traditions in Alsace have changed over the centuries, typically in response to wars, infestation, and the shifting of French and German rule. The hostile conditions that Alsace endured often were reflected in the production and quality of the wines from the area.

Since World War II, however, Alsace’s reputation as a prominent wine producing region has found solid ground. After the war, Alsatian rule returned to France, and with this change came an emphasis on the production of dry, high-quality wines.

As the quality of Alsatian wines increased, so did the region’s reputation. In 1953, the Alsatian Wine Route was established, and less than 10 years later, the region’s notoriety soared even further with the recognition of Appellation d’Origine Controlee (AOC) Alsace in 1962.

Since then, additional AOCs of distinction have been decreed, vineyard surface has expanded, and the Alsace Wine Route has become one of region’s most touristed attractions. 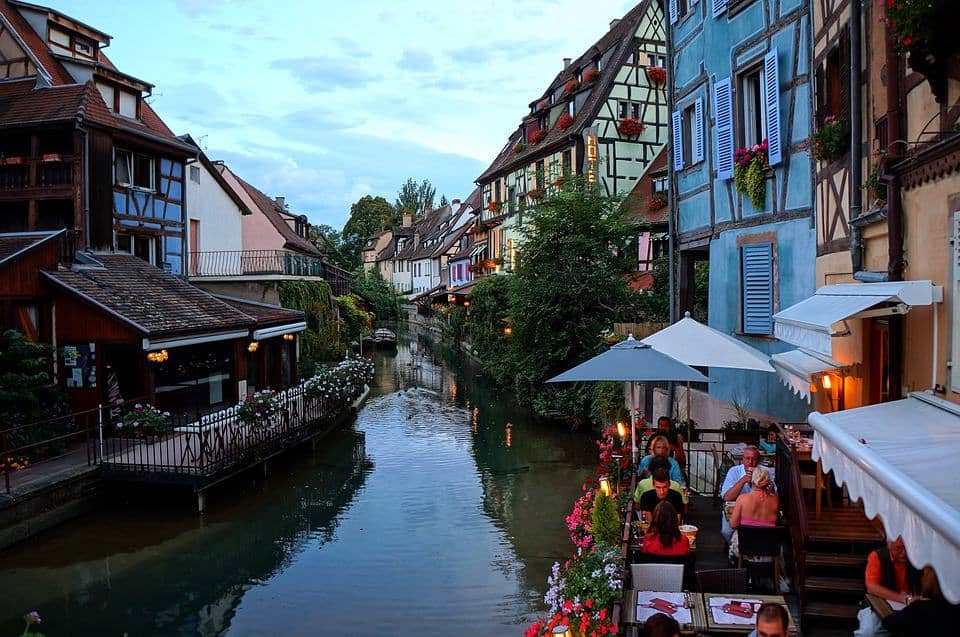 The storybook town of Colmar is also considered the wine capital of Alsace.

Planning Your Itinerary for the Alsace Wine Route

Spanning more than 100 miles from beginning to end, the Alsace Wine Route provides a link to Alsace’s more than 70 different wine villages, and its more than 1,000 wine producers. Pair that with Michelin-starred restaurants, awe-inspiring history, welcoming winstubs, and a number of charming B&Bs, and it’s no wonder that a large number of tourists to the area carve out a full two weeks or more to experience the route in its entirety.

If the Alsace Wine Route isn’t the focus of your travels, but rather a piece of it, much of the route can be packed into a 4-day excursion, and even a day-trip provides visitors with a meaningful introduction to the region.

Some of the most popular stops along the route include Strasbourg, the capital city of Alsace (now the Grand Est region); Obernai, known for its medieval and Renaissance-era architecture; Ribeauvillé, home to the 13th-century ruined castle, Chateau de Saint-Ulrich; Colmar, the Alsatian wine capital; and Mulhouse, located near the borders of Germany and Switzerland. Travelers looking to visit some of the smaller, less-touristed villages, however, should look to towns like Dambach-la-Ville, known for its production of high-quality wines; and Mittelbergheim, which is home to the finest Alsatian wines — the Grand Cru Zotzenberg. 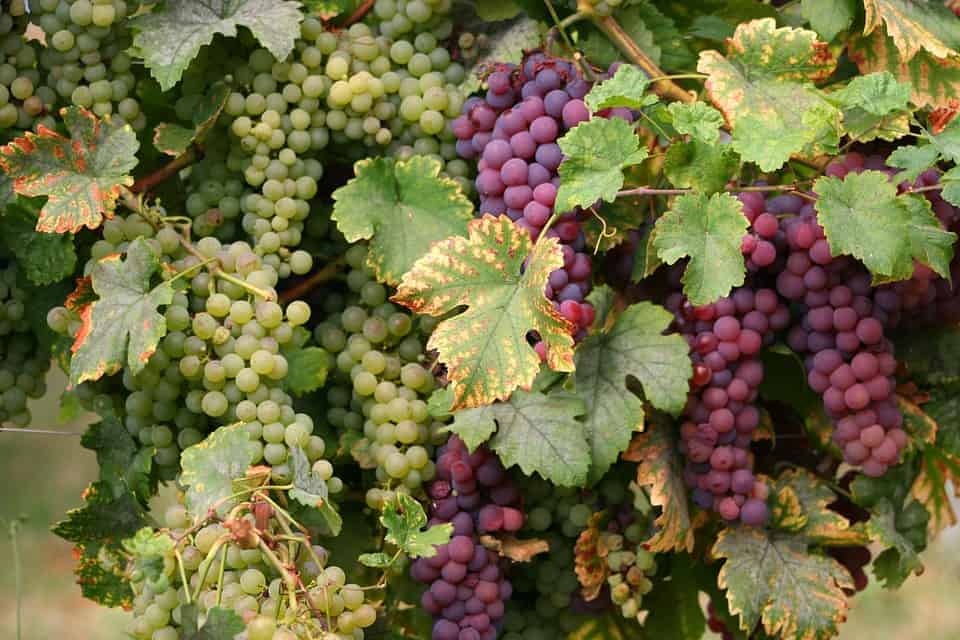 With its dry, welcoming climate, any time is a good time to visit the Alsace Wine Route.

When to Visit the Alsace Wine Route

From May to October, the Alsace Wine Route is buzzing with activity. Visitors travel near and far to experience the spellbinding appeal of this celebrated wine trail.

However, due to the region’s unique geography, the climate along the route is much drier than other parts of France, making it a welcome destination, no matter the season. Because of this, travelers looking to avoid the crowds should plan their visits for shoulder- and off-season, anytime between November and April.

No matter the season, and no matter how little or how much time you have, Alsace and the Alsace Wine Route should be at the top of every food and wine lover’s travel list. For information about upcoming departures to Alsace with Experi, click here.