Just like preparing a feast for one’s friends and family, Intentional Table always has been a labor of love

Founded in 2010 by Zoe-Ann Bartlett, Intentional Table launched as a blog that also hosted small food and wine events. “The goal,” Bartlett writes on Intentional Table’s website, “was to connect those whose values were rooted in supporting the earth, animals, and farm workers with respect and dignity.”

Over the years, Intentional Table evolved to become a place for people passionate about connecting through food and wine, and Bartlett started experimenting with different offerings. In 2012, for example, the company opened its own food and wine studio. After that, it partnered with Experi to add culinary tours abroad. The company even branded its own sparkling wine label. By 2014, Bartlett said she was hosting around 250 events each year.

However, as Intentional Table continued to grow, its identity also began to change. Wanting to refocus the company’s vision, Bartlett made the difficult decision in 2016 to shutter the studio. 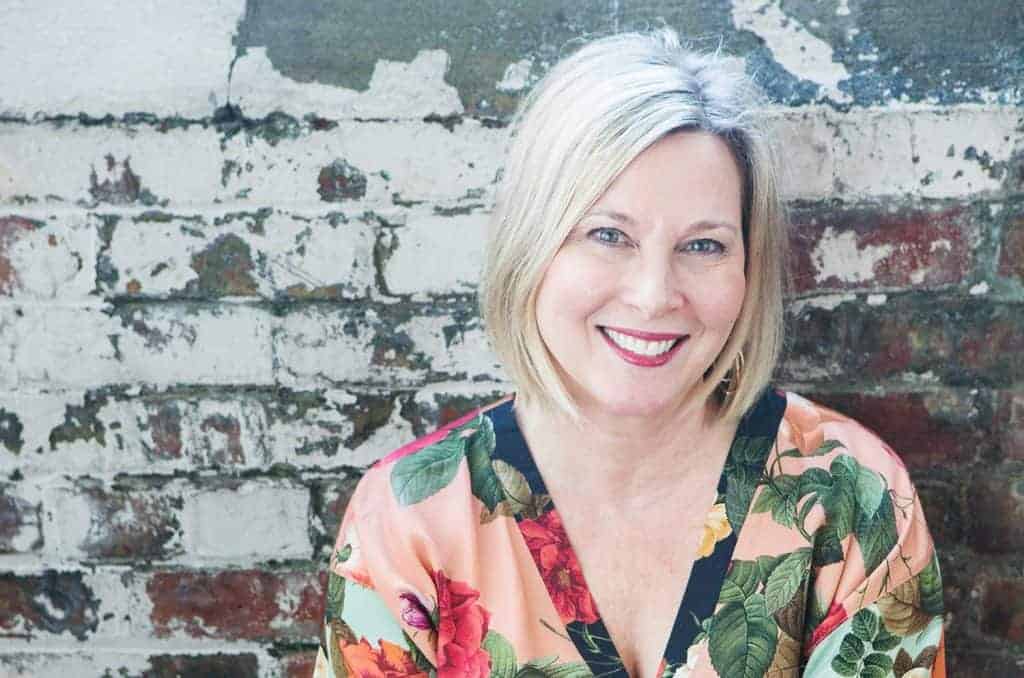 Bartlett graduated from Texas Tech University in 1988 with a degree in hotel, restaurant, and institutional management. After earning her degree, she went on to work as hotelier for big names like Marriott and Starwood before assuming the position as director of Global Travel & Event Vendor Management for Microsoft.

After several years with Microsoft, Bartlett decided it was time for a change and left her corporate job to focus on family. During her brief time away from the workforce, Bartlett realized that she wanted to narrow her focus. “I decided I would pick up and get back into hospitality, but this time with food,” Bartlett said.

She packed her bags and temporarily relocated to France where she participated in a culinary apprenticeship.

When she returned home to the U.S., however, Bartlett and her husband found themselves in a state of transition. Not long after her return, Bartlett’s husband accepted a position in Seattle, leading the couple back to the Pacific Northwest.

Feeling unsettled and uncertain about the future, Bartlett received a package that would change everything.

“My mother sent me cupcakes from Harry & David,” Bartlett said. “(My parents) didn’t have a lot of money, so this was a big thing. She sent me these cupcakes, and I said, ‘I can make these better.’”

“I wanted to be 100 percent in control,” Bartlett said. “Everything else in my life was out of control. I couldn’t predict what was happening. I got a lease at a commercial kitchen and started the company.”

Bartlett operated Wink Cupcakes for several years before selling the company at the peak of the cupcake craze. After selling the company, Bartlett went to work for Expedia only to realize that what she really loved doing was being an entrepreneur.

During her time at Expedia, Bartlett’s parents were ill and living in New Mexico. “As their primary advocate, the stark contrast of their condition informed my need to work with a legacy in mind, have flexibility, and create a body of work that reflected my values about life, family, and the table,” Bartlett said. 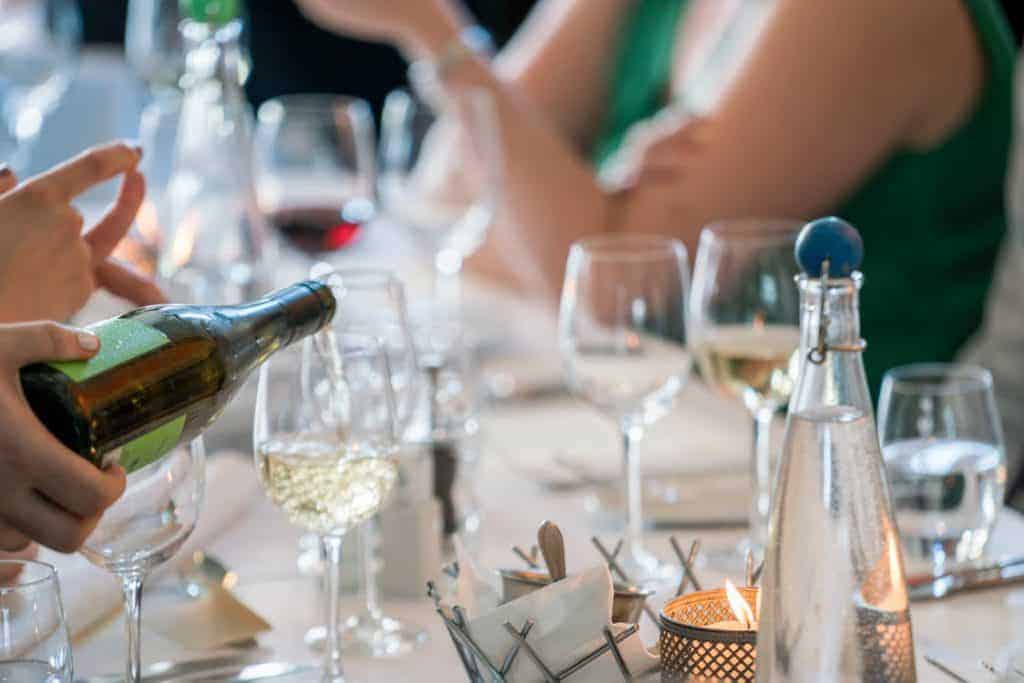 “When I started Intentional Table, its first iteration was a blog that featured artisans and producers around the world doing wonderful things that respected the earth, animals, and the workers, and then I just built on that,” Bartlett said of the company’s origins.

Two years in, however, Bartlett’s vision for the company came into clear focus.

“In 2012, my mom was the last parent to go,” Bartlett said. “My mom had this tradition of making peach pie, and she always wanted me to have this. She was not in great health. After she graduated from hospice, she made that peach pie for me and she put this special note on it. It was like this one last hug.”

Bartlett said stories like this one of the peach pie are all around us. They are the special moments that we share with the people we love while enjoying good food around the table. Everyone, she said, has a story like this to share.

“A year into (Intentional Table’s) closure,” Bartlett said, “I had asked a group of what I call my ‘doulas’ — a handful of really talented women friends from around the country — and I asked them to come in and ‘birth’ this idea that I had in my head, which is this project.”

Intentional Table relaunched in February 2018, this time with the purpose of collecting and sharing meaningful stories from people all over the world about the precious moments they too have shared around the table. Bartlett calls the new project If Table’s Could Talk. She believes if they could, they would tell the stories of our lives.

“The goal of this project,” Bartlett writes on her website, “is to collect the stories of everyday people from around the globe. By revealing memorable moments that happened around the table, each one will help connect us all in a very human way. Allowing us to create a library of the traditions and special moments that happen at tables around the world.” 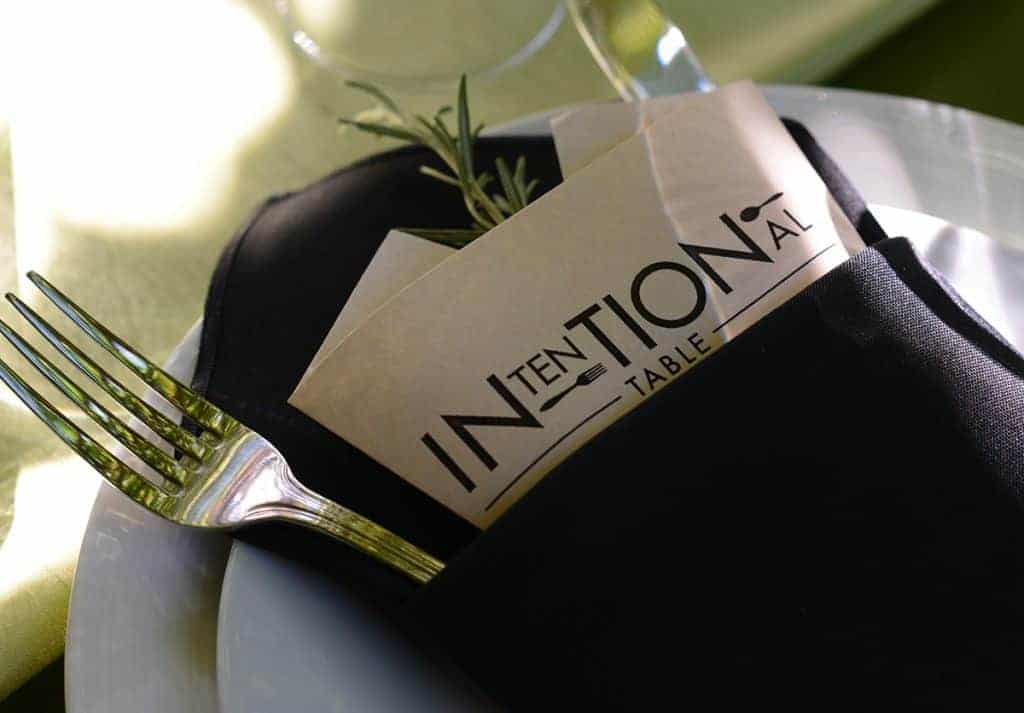 You don’t have to be a writer to contribute to the project, Bartlett said, you just have to have a story to share.

Submitting stories to the project is easy. Guidelines are posted on Intentional Table’s website, and submissions are open to everyone.

“This is special, and it’s going to be made special by people contributing to it,” Bartlett said. “Everybody has a story.”

“We’ve seen how the most meaningful moments often happen around the table during our travel experiences with friends, both new and old,” said Rob Rector, founder and president of Experi. “Our food and wine programs not only are top notch educational travel experiences, but also opportunities to create new and uncover old stories — all in the world’s best destinations. We are excited to see this new project unfold with Intentional Table.”

Have a story you want to share with Intentional Table? Visit Intentional Table online to learn more, and follow along with Bartlett’s new project on social media using the hashtag #pleasepassthestory.