Sicily is the largest Italian island, located just off the tip of Italy’s boot. Made famous by the classic 1972 Sicilian mafia movie, The Godfather, the island of Sicily has so much more to offer than fascinating mafia stories. Its idyllic seasides and verdant landscape offer the opportunity for visitors to explore the complex history, culture, and art of the ancient island.

Here are some off-the-beaten-path activities to consider on this legendary slice of the Mediterranean. 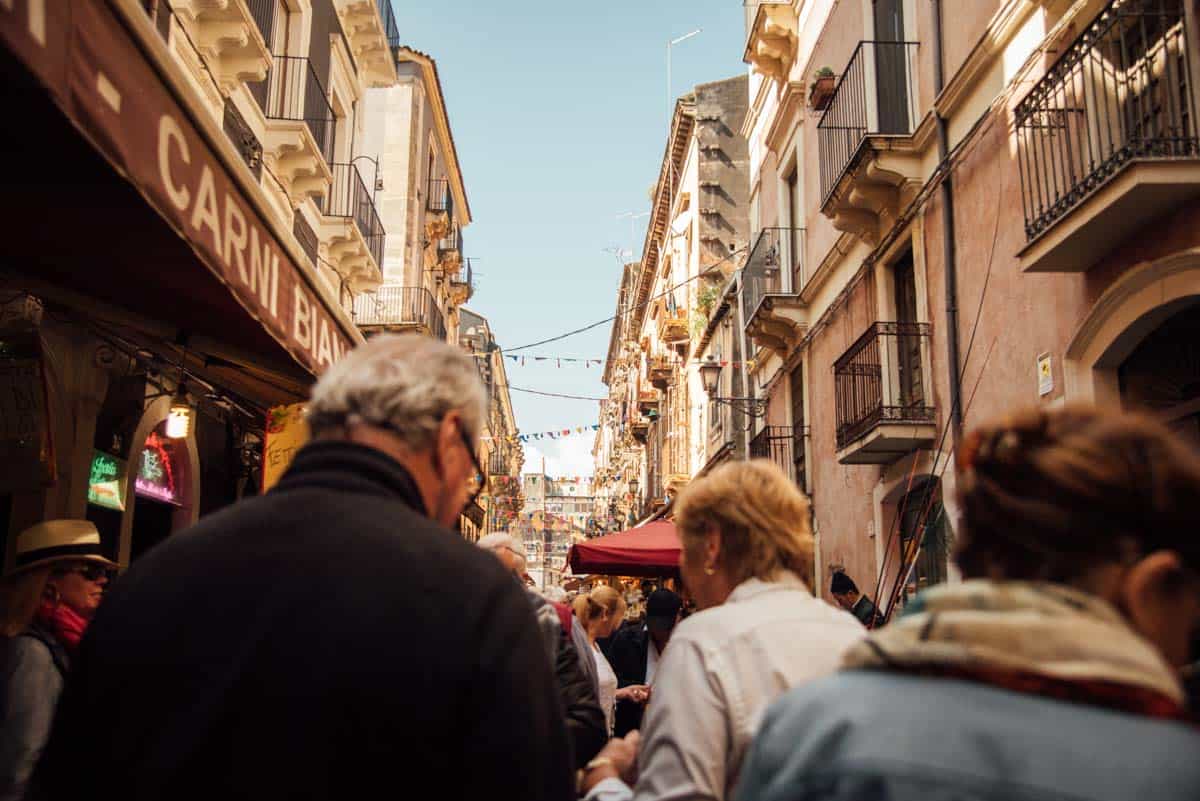 Located in Palermo, these catacombs are host to around 8,000 corpses and 1,252 mummies, many of which are preserved in an almost-lifelike condition. While it is a macabre attraction, the Capuchin monks who live in the monastery have been operating the catacombs since the internment of their first friar in 1599. It started out as a final resting place for the members of the brotherhood, but soon became a symbol of wealth and status for the elite. Mummies would be dressed in elegant clothes – some even requested that their outfits were changed periodically, even in death. The practice of exposed corpse and mummy burial continued into the 1920s. One of the more well-preserved tenants is two-year-old Rosalia Lombardo, preserved expertly since her death on December 6th, 1920. The tombs can be found at Piazza Cappuccini, 1, Palermo, Italy, and are open from 9 a.m. to 12 p.m. and 3 p.m. to 5:30 p.m. daily. Entry costs €3.

An eccentric home in Sicily that turns heads on a regular basis, the House of Cavaliere was once the tiled home of mason Giovanni Cammarata. Located in the Maregrosso seaside district of Messina, Sicily, Cammarata began decorating his home in 1957 when he bought property in the city after returning from World War II. He started first by bedecking the exterior with mosaic tiles and shells, as he learned to do during his construction day job. Cammarata also began embellishing his garden, adding sculptures of fictional pop culture icons and fairytale creatures of lore. The tiles on the house often depicted classic scenes from history, such as stories from Rome, Egypt, and the Middle Ages, and the designs grew to encompass the entire house. Cammarata continued working on this project, turning it into a full-time passion in the 1970s. The artist passed away in 2002, and since then much of the house has disappeared, but the facade is still available for viewing from the street. It’s truly a sight to behold, especially for those interested in three-dimensional art.

Created by eccentric artist Filippo Bentivegna, Il Castello Incantato (or “The Enchanted Castle”) is a collection of outdoor carvings and sculptures of heads in Sciacca, Sicily, completed in the mid-20th century. Most of the sculptures are in stone and most of the carvings are in trees, but Bentivegna used different aspects of the surrounding environment for his work. Bentivegna was a purveyor of what has been dubbed art brut, or “raw art.” Raw art here means that the artist is self-taught and operates outside of the realms of the art world. The term is often associated with art created by those with mental illness.

The Sicilian-born Bentivegna immigrated to the United States in 1913 and during his time there experienced a head injury during an altercation and developed amnesia, after which he returned to Sicily. Nicknamed “Filippo the madman,” Bentivegna referred to himself as royalty, a habit which invited criticism and ostracized him from many social circles. As a result, he became reclusive as the years went on. Bentivegna called this property his “Enchanted Castle,” and though he passed in 1967, his pieces on are on display at a museum in Switzerland. If you’re visiting the Enchanted Castle, make sure to bring sunscreen and good walking shoes. Drink plenty of water as peak daylight hours can be very hot.

Sicily has a mixed influence of cultures that formed on the island as its ownership switched hands. Two driving forces of architecture were the Arabs and the Normans, who melded their architectural styles and religious needs over a lengthy period of time. San Giovanni degli Eremitii s a perfect example of this. Founded in the 6th century C.E. as a medieval church, it was converted to a mosque when Arabs established dominance on the island and was handed back to Christian control by Benedictine monks in 1136 C.E. The five-domed building was founded and named after William of Vercelli, also known as the Catholic Saint William of Montevergine. He is particularly memorable and was known for performing miracles, one of which was taming a wolf. While ruminating on this purported miracle, be sure to check out the beautiful gardens surrounding the building.

The Stairs of the Turks (Scala dei Turchi)

The Stairs of the Turks, known in Italian as the “Scala dei Turchi,” are white seaside cliffs that have eroded into the shape of stairs. Made of marl and limestone, these stairs are of a chalky consistency and bear significant weight, enough that they served as stairs for Turkish and Arab pirates that weighed anchor in the harbor during ancient times. The steps are located between Porto Empedocle on Agrigento and Realmonte. Locals often dive into the water from the higher steps, but caution is advised if doing so. Views of the sunset from the top of the cliffs will take your breath away. There are dining and bathing facilities nearby, and there are paid parking options if you wish to drive to see the steps. Buses operate from the city to the seaside if public transport is your preferred method.

The Martorana is a medieval church in Palermo commissioned by the first admiral in the world, George of Antioch. Known also as Santa Maria dell’Ammiraglio Church, George of Antioch commissioned the church built in the 12th century as an homage to the Virgin Mary, designed to ensure his spiritual protection during his tenure as Grand Admiral of Sicily. The interior is decorated with an overwhelming amount of intricate tilework that would impress any mason. It relies heavily on the imagery of Christ, the Virgin Mary, and the coronation of Roger II, who was ruler at the time. Gold tiles create a backdrop for many images and cover the walls of the cathedral. The church offers mass in ancient Greek.