Bountiful fishing hauls, salty sea breezes, walled cities — you can enjoy these delights and more in the fishing villages of Spain’s Basque Country. Located in northeast Spain, this region is famous for its charming and lively ports and seafood cuisine featuring fresh ingredients caught right in the Cantabrian Sea.

While the larger cities of Bilbao and San Sebastian are a treat to visit (which we do in our trip to Basque Country), we also love the smaller fishing villages that line the northern coast of Spain. Read on to learn more about the treasured towns of Getaria, Pasaia, and Hondarribia. 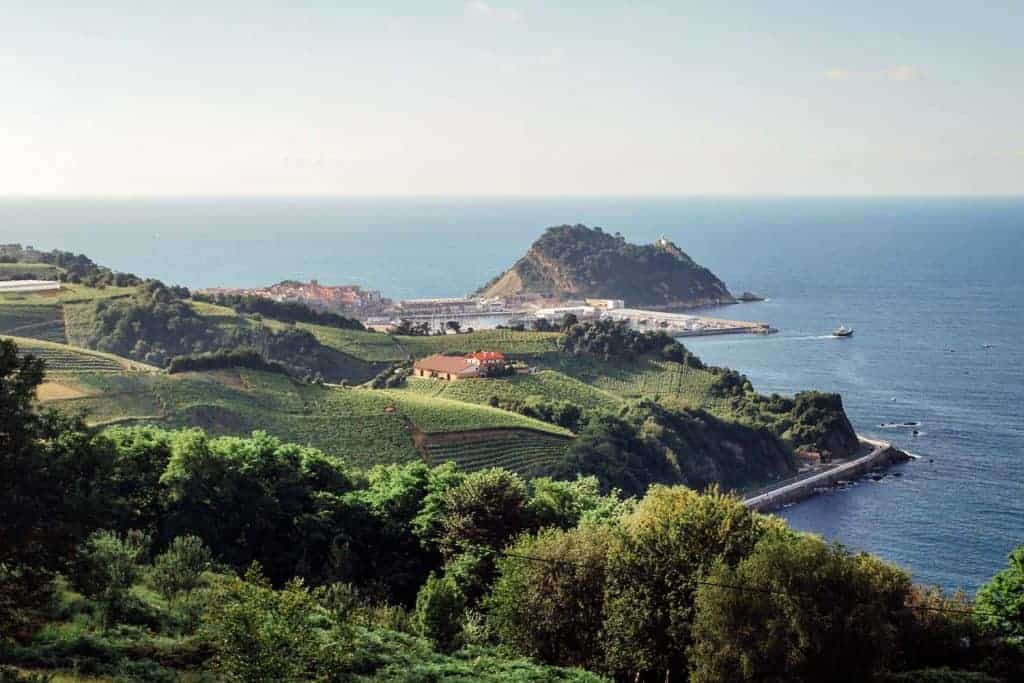 Traveling along the Urola Coast in the province of Gipuzkoa, you’ll come across the quaint town of Getaria. Here, you’ll find more than enough to occupy your time and satisfy your curiosity. Whether you’re looking for coastal scenery, fascinating history filled with iconic Spaniards, or unique cuisine, all can be found in Getaria.

Speaking of cuisine, this is one of the noteworthy points of the region. Getaria is famous in Spain and around the world for its fresh seafood and grilled fish. Simply prepared to enhance the natural flavors, this seafood pairs perfectly with another product of Getaria — Getariako Txakolina wine. Granted the Denomination of Origin status in 1990, Txacolí de Getaria wine can only be produced in the 200 hectares of vineyards near this town. Read more about Txakolina wine in Whet Your Appetite: Spain’s Basque Country.

This fishing village has a history of notable residents, including the world-renowned fashion designer and couturier Cristobal Balenciaga, who was born in the town in 1895. A museum dedicated to his fashion pieces opened in 2011 in Getaria to exhibit his greatest works. Another historical figure to call Getaria home was Juan Sebastian Elcano, famous for being the first man to circumnavigate the earth as captain of a ship in Magellan’s fleet. 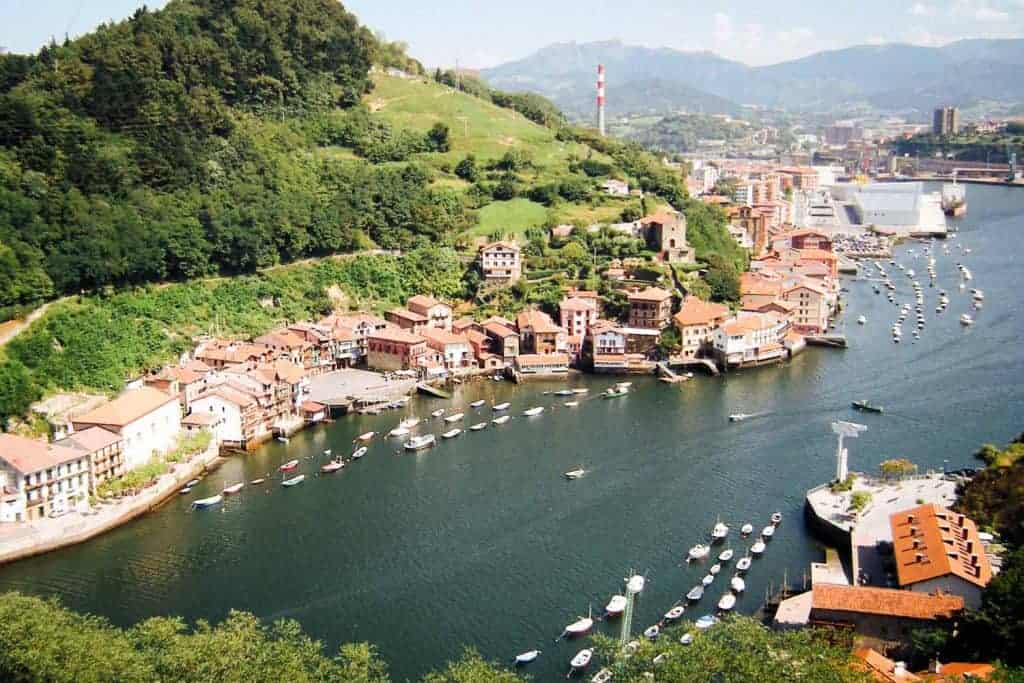 The town and municipality of Pasaia (also Pasajes) is located a little further east of Getaria on the coast of the Cantabrian Sea. This fishing village is home to about 15,000 people, all curved around the Bay of Pasaia. Residents mainly live in four clusters of town: Pasai San Pedro, Pasai Donibane, Antxo, and Trintxerpe.

This town has a long history, going back thousands of years. The oldest documented mention of the town dates back to 1203 when it was called Oiarso. After the Gascons settled the area in the 13th century, the town was renamed “Pasage,” which is the Gascon word for “port.”

Like in Getaria, grilled seafood is very popular in Pasaia, as are handheld pinxtos (or tapas) topped with seafood. It only makes sense because Pasaia is the largest port in Spain’s Gupuzkoa province. 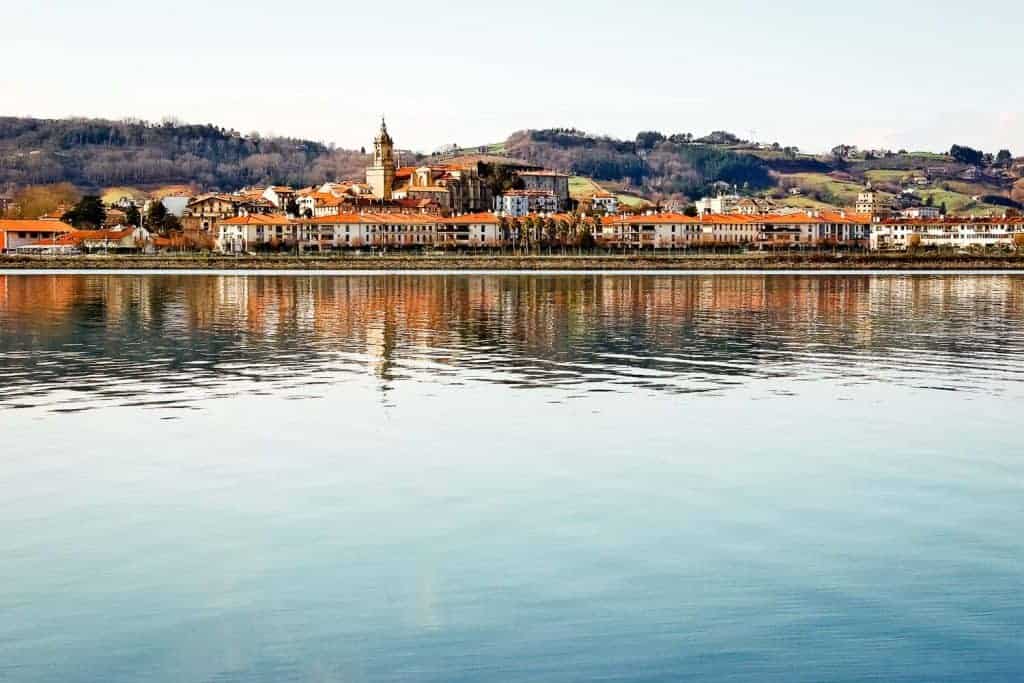 Even further east of Pasaia, the town of Hondarribia sits on a headland looking out across Txingudi Bay toward Hendaye, France. In fact, residents and visitors can take a short ferry between Hondarribia and Hendaye to experience both the Spanish and French sides of Basque Country.

Hondarribia is notable for its gorgeous, ancient architecture, including the old quarter’s fortified walls and castle. Many historical battles were fought in an attempt to take control of this fortified castle, including the first Battle of Fuenterrabia in 1521.

The nearby city of San Sebastian, just 15 miles west, is home to a great concentration of Michelin-starred chefs and restaurants. San Sebastian’s gastronomic influence has spread to Hondarribia, where many innovative and upcoming chefs are elevating authentic Basque seafood recipes.