The concept of popping open a bottle of bubbly to celebrate new beginnings, toast to loved ones, or cheers to making it through the week seems as old as time. And, if you dive into the history of Champagne, it pretty much is. While this celebration-worthy sparkling wine has been modernized to feet today’s top trends (mimosas at brunch, for example), it’s unique taste and symbolism is rooted in French history and culture.

Before Dom Pérignon and Veuve Clicquot came about, the fizzy white wine that exudes a sense of elegance and class was viewed as red wine’s uglier, tasteless cousin. In fact, when the Champenois started making wine in the 2nd century, they thought it paled in comparison to the rich, fruity red wine from the neighboring Burgundy region. Because Champagne is based in northern France, it took some time for the local winemakers to learn how to properly ferment grapes, since the cold weather stopped grapes from fully ripening. The ripening process they came up with was a recipe for disaster: The bottles of bubbly had to be stored at the perfect temperature or a bottle in the cellar would explode causing an unfortunate chain reaction. 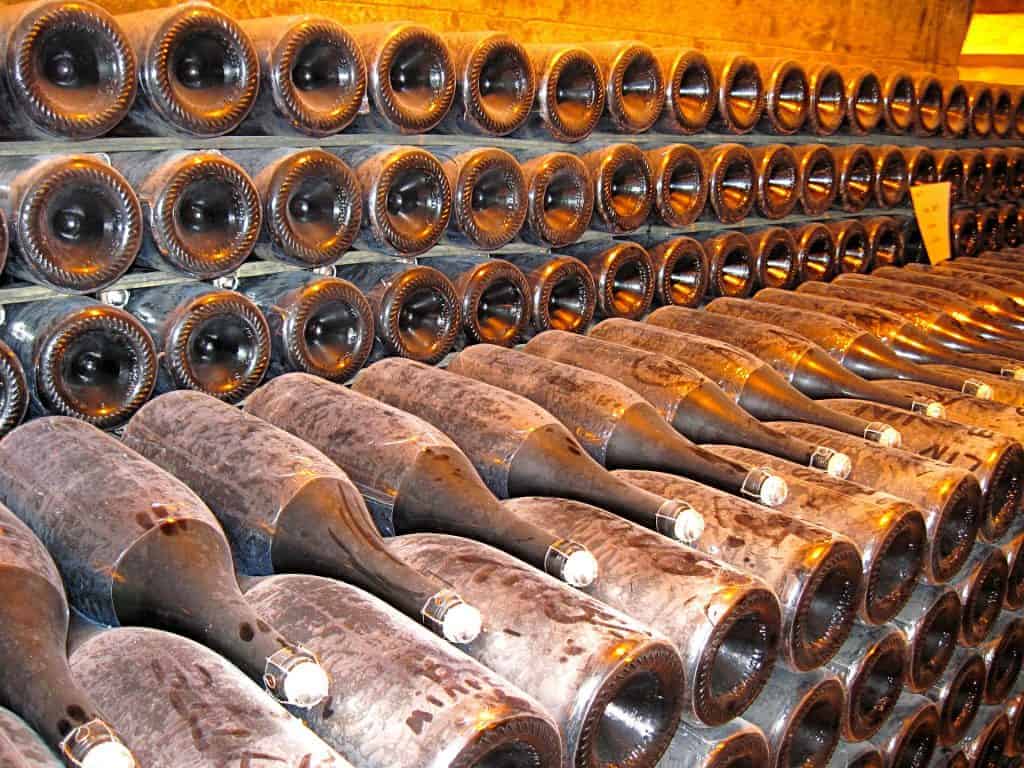 Then Dom Pérignon entered the scene. While working as a cellar master at an abbey near Epernay, the 17th century Benedictine monk came up with a solution to this ongoing problem: thicker glass bottles that withstood pressure and rope snare that kept corks secure. During this time, English coal-fired glassworks started producing bottles stronger than anything the wood furnaces had made before. By 1740 they developed molding techniques, allowing all bottles and corks to be identical.

The fermentation process, on the other hand, was still unreliable. Widow Clicquot — yes, like Veuve Clicquot — perfected a way for other Champagne producers to get rid of the dead yeast, which ferments the grapes yet leaves a cloudy appearance at the top of the bottle. In the past, winemakers would not-so-gracefully get rid of the yeast, spilling some precious bubbly along the way. Cliquot’s method required winemakers to “remuage” the wine bottle (flip the bottles and let the yeast settle in the neck). Once the yeast was separated, they submerged the bottle in ice to freeze the unsightly yeast that would be removed before re-corking.

Still, this fizzy wine was deemed less desirable than the other wine counterparts, namely classic red and white. Once the elite in Georgian England got a hold of it at the start of the 18th century, they requested to have barrels of bubbly shipped across the channel, ultimately making it more popular and accessible in other European countries. Eventually, the nobility in France and England started requesting the wine, making it one of the most luxurious — albeit exclusive — types of wine on the market. 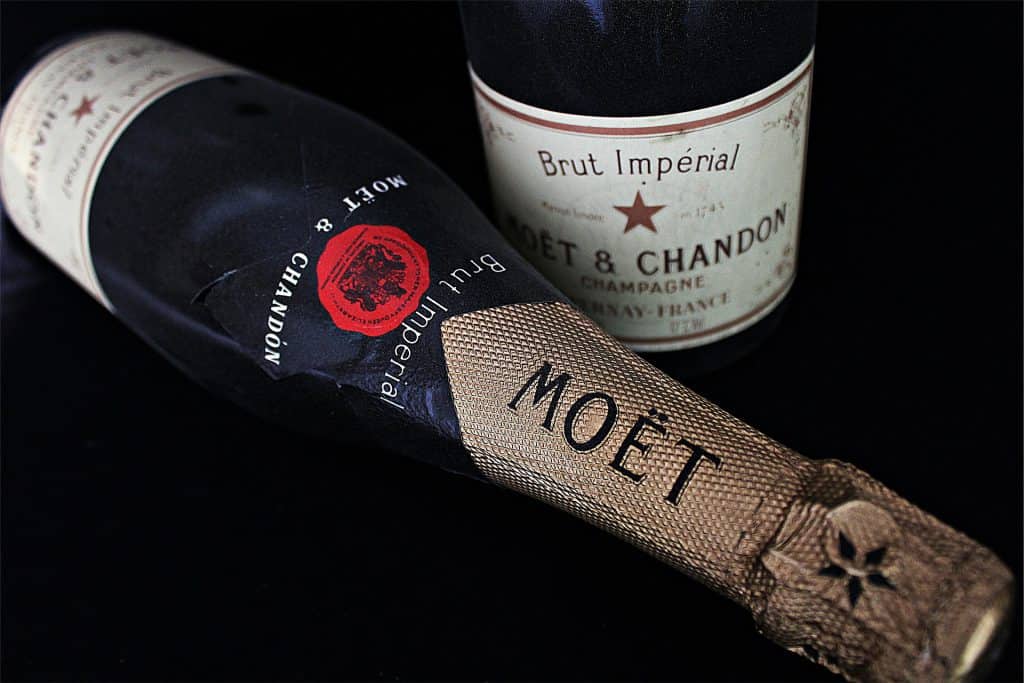 This newfound demand led to the rise of the world’s most beloved Champagne houses during King Louis XV’s reign in the 18th century including Ruinart (1729), Moët & Chandon (1750) and Louis Roederer (1776). Moët & Chandon’s entrance into the Champagne market solidified the sparkling wine as a status symbol for the elite, eventually turning into the go-to beverage for celebrations and other lavish affairs.

From 1871 to 1914, champagne became more readily available for the upper middle-class. This was brought on by the mention of champagne in pop culture, art, and literature during the turn of the century. Painters like Manet and Cézanne showcased Champagne in their work. Goethe, Zola and other popular novelists at the time mentioned it in their stories. To make Champagne feel less untouchable (yet still hold onto its extravagance), Champagne bottlers began to market the product for specific occasions. Soon, there were Champagne varieties tailored to major life milestones: engagement Champagne, marriage Champagne, new-parent Champagne, etc. Since there’s always a moment in life to be celebrated — even holidays like Christmas and New Years became a key moment for advertisers — 30 million bottles of Champagne were shipped in 1900.

So, when did athletes (and everyone else) start spraying Champagne on one another after a victory? Already considered the most celebratory wine, Champagne became a staple at sporting events after Dan Gurney and A.J. Foyt stood on the winner’s podium at the end of the Le Mans race in 1967 with a bottle of champagne in hand. To give the crowd a sparkling surprise, Gurney shook the bottle and sprayed the crowd with the fresh bubbly, making it a tradition for years to come. 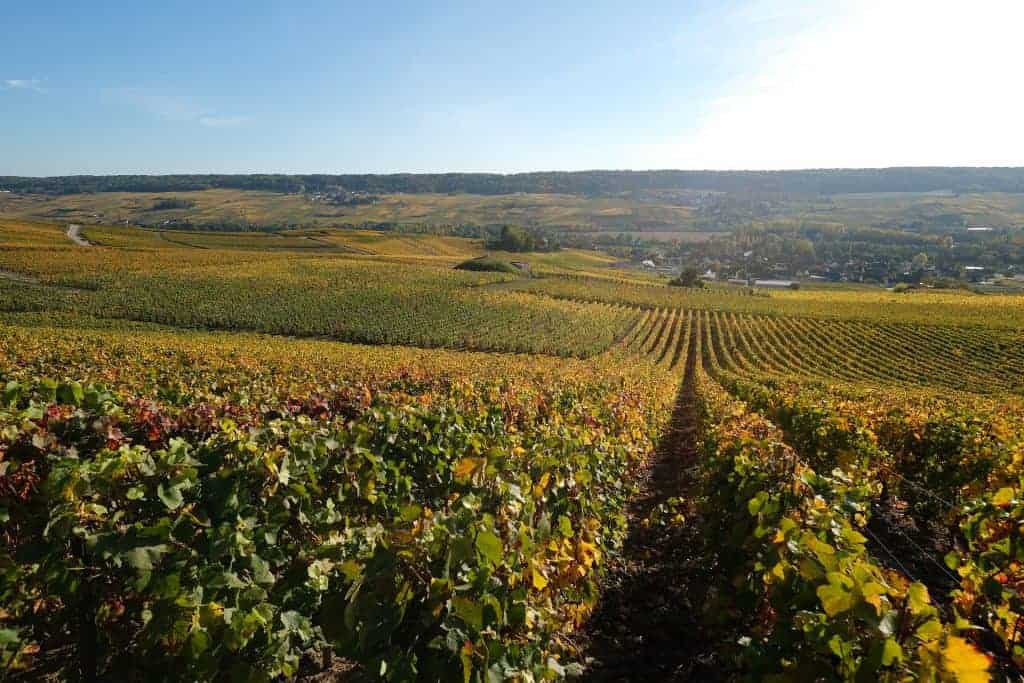 A Pause in Celebration

But even with all the joy that surrounds this popular drink, Champagne — like all things — was never immune to war. During World War I (1914 – 1918) the trenches of the Western Front ran straight through Champagne’s vineyards and the heavy shelling uprooted all of the Champagne, pinot noir, and chardonnay vines in the surrounding areas. Even the local residents, including winemakers, had to hide underground in the wine cellars since the limestone protected them from firing bullets. The result? Most of Champagne’s vineyards were completely destroyed by the end of the war.

What’s In A Name

Even after the devastation from World War I, the war on Champagne wasn’t over. As more sparkling wines were hitting the market, the Champenois wanted people to know what differentiates Champagne from other sparkling varieties. Officially, it can only be called “Champagne” if it’s produced in the Champagne region in France. The first attempts to ban the use of “champagne” as a generic terms for sparkling white wine happened in the mid-1800s. A few riots by local vitners later, the term was reserved for any sparkling wine produced in the boundary lines of Champagne’s grape-growing area. Later in 1936, Champagne’s Appellation d’origins Controlée (AOC) was established by French law — and thus, the name was protected for centuries thereafter.