The time of year is approaching where families are gathering together, holiday parties are being planned and gifts are being exchanged. The end of each year brings a mix of cultural and familial traditions, but where have some of our most precious holiday activities originated and how have they evolved over the years? 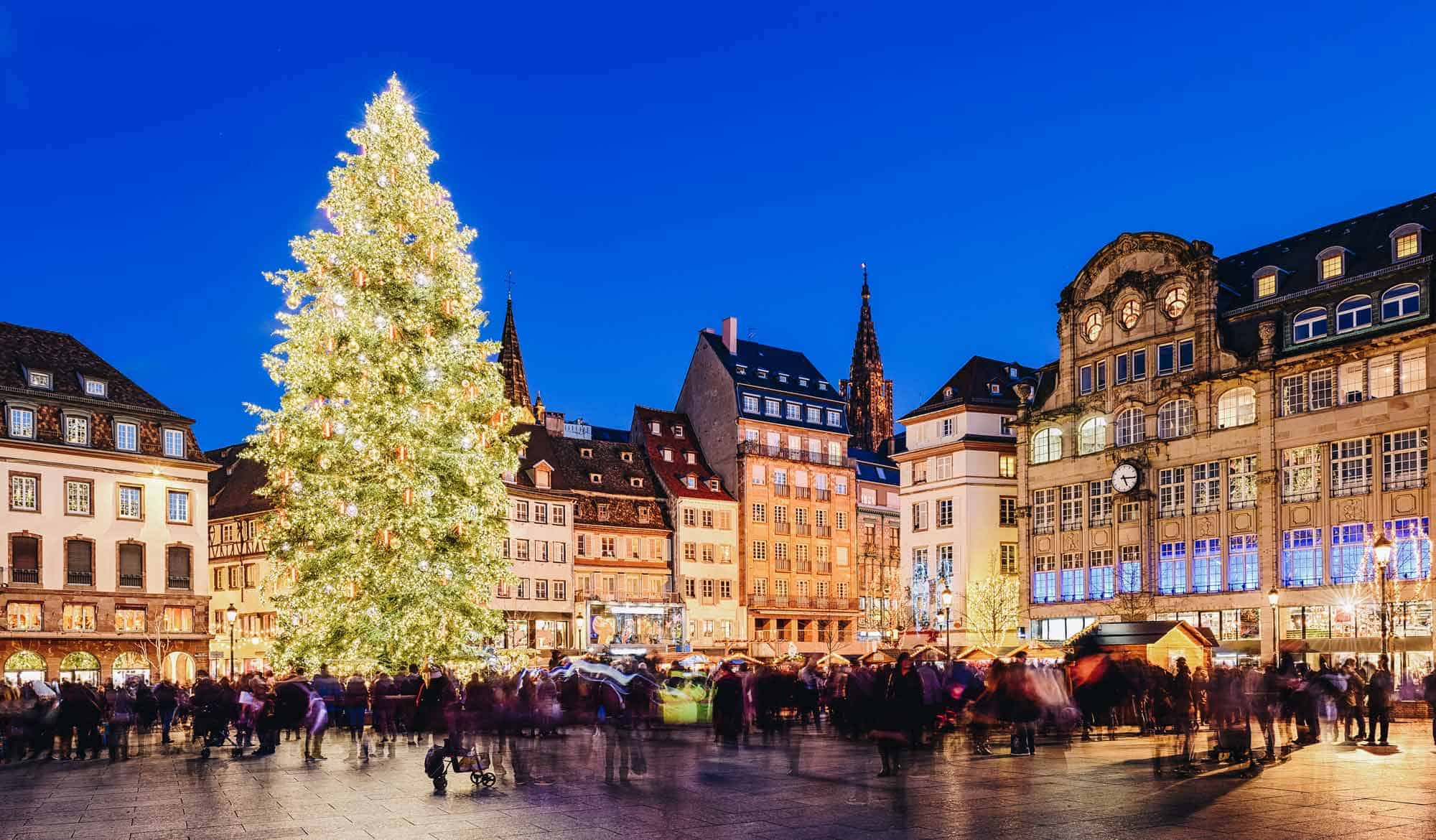 Holiday traditions being celebrated around the world:

While the 25th is the most popular day of December, the day of St. Nicholas, December 6th is equally important in some cultures as Christmas itself. More of a religious observation, the feast of St. Nicholas is a Christian holiday that is both Western and Eastern Orthodox. It is said that if you put your shoes out in front of your fireplace outside your door, St. Nick will fill them with tiny toys and trinkets. Known as the patron saint of children and gift-giving, the custom was mostly a European tradition and then along with the Dutch “Sinter Klaas” morphed into the red suit-wearing Santa we know and love today.

In places like Austria and Hungary, Santa Claus has a devilish sidekick, the Krampus. While Santa will go from house to house gifting children with toys and goodies, his scary friend is said to scoop up bad children in his sack and take them in the night! 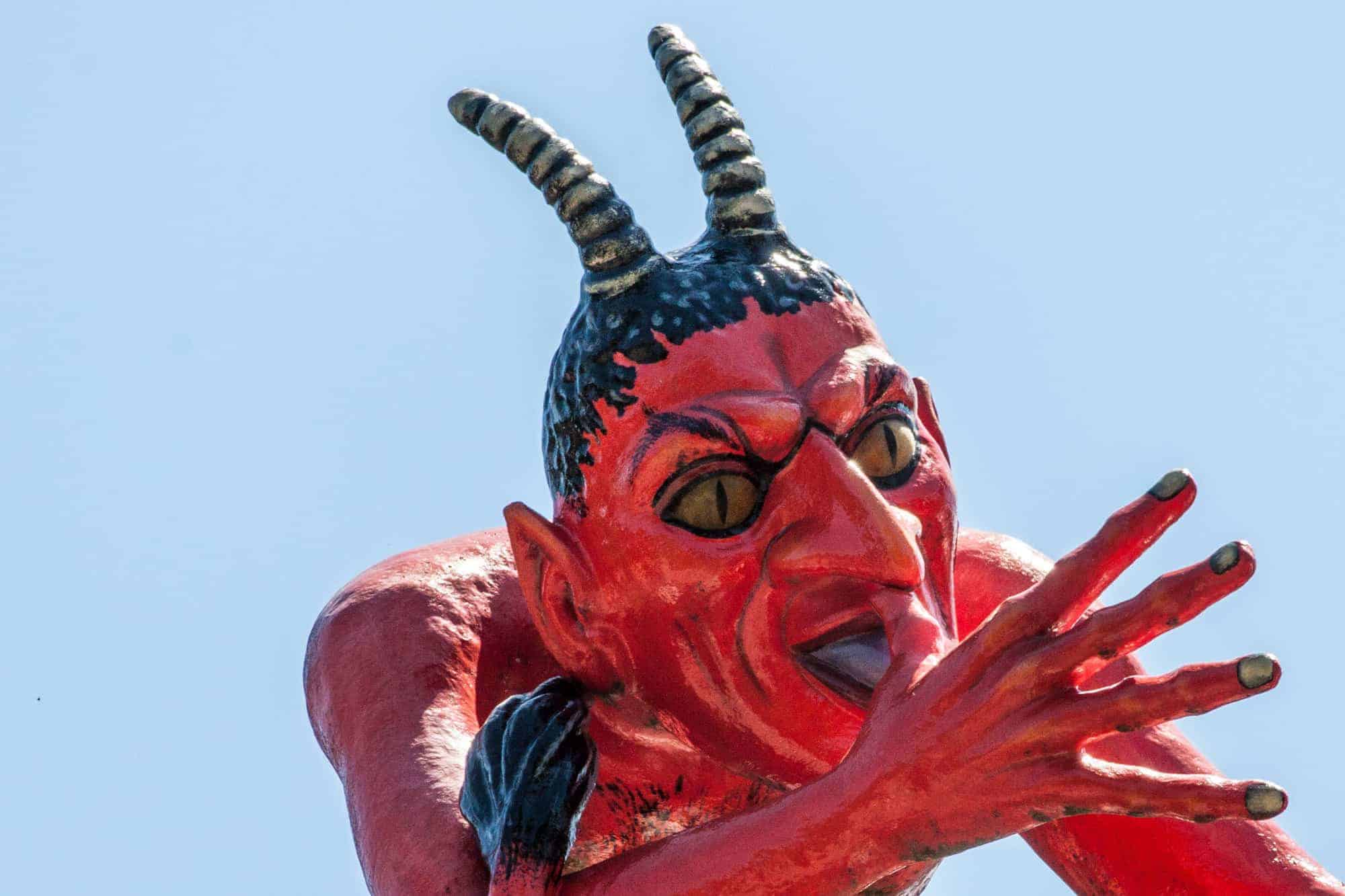 Krampus and the naughty and nice theme has always been prevalent around the holiday season. The Italians use La Befana as a way to convince kids to behave better in December. Much like Santa Claus, Befana used to ride around on a broom from house to house and give small gifts to children who were good, and coal to those who weren’t. The lump of coal is a common theme with naughty and nice during the Christmas season. Père Fouettard is the French equivalent to La Befana. Known as “Father Whipper”, he worked alongside St. Nicolas, doling out coal and lashings to badly behaved children.

A more modern-day Christmas miscreant that is well known in the United States would be the Grinch. His story of someone who didn’t care for the holidays and then is shown the true meaning of Christmas is a theme found in stories and films all over the world. While there seems to always be a scary creature associated with the pleasantries of the holiday season, the continuing theme is you always have a chance to be nice and not naughty.

Many countries have a variation of the tradition of the Yule Log or Christmas Log. It began as a Nordic tradition during medieval times and evolved over the years from a winter solstice symbol to a more religious representation. Originally, the yule could have been as big as a Christmas tree! Families would bring in a large tree trunk and place it in the fireplace and would slowly burn throughout the twelve days of Christmas.

In France, the log comes in a more appetizing manner, a Bûche de Noël. This sponge cake is rolled and frosted to look like a tree branch, it is a popular dessert in France and Belgium.

The people of Finland have a tradition to visit the graves of lost loved ones around Christmastime. On Christmas Eve, Finnish cemeteries hold church services and remembrance ceremonies to honor those who can’t be there for the holidays.

In addition to the Finns, the Irish also have a tradition of visiting graves around Christmas. While at first, it may seem like a somber tradition, the custom of including all family in the spirit and celebration of the holidays can be a comforting one.

Mexico with the Flores de Noche Buena is credited with making this bright ruby flowering plant part of our holiday decor. The legend of the Poinsettia is that a poor family left a pot of weeds and branches at their church as a gift, which was all they could afford to give. The children were teased for bringing such a humble present, but as they were mocked, the plant began to grow bright red star-shaped flowers and beautiful blooms symbolizing the Star of Bethlehem.

The flower was known as the Flowers of the Holy Night and become popular in America when the Mexican ambassador to the United States, Joel Roberts Poinsett brought it back to the states. 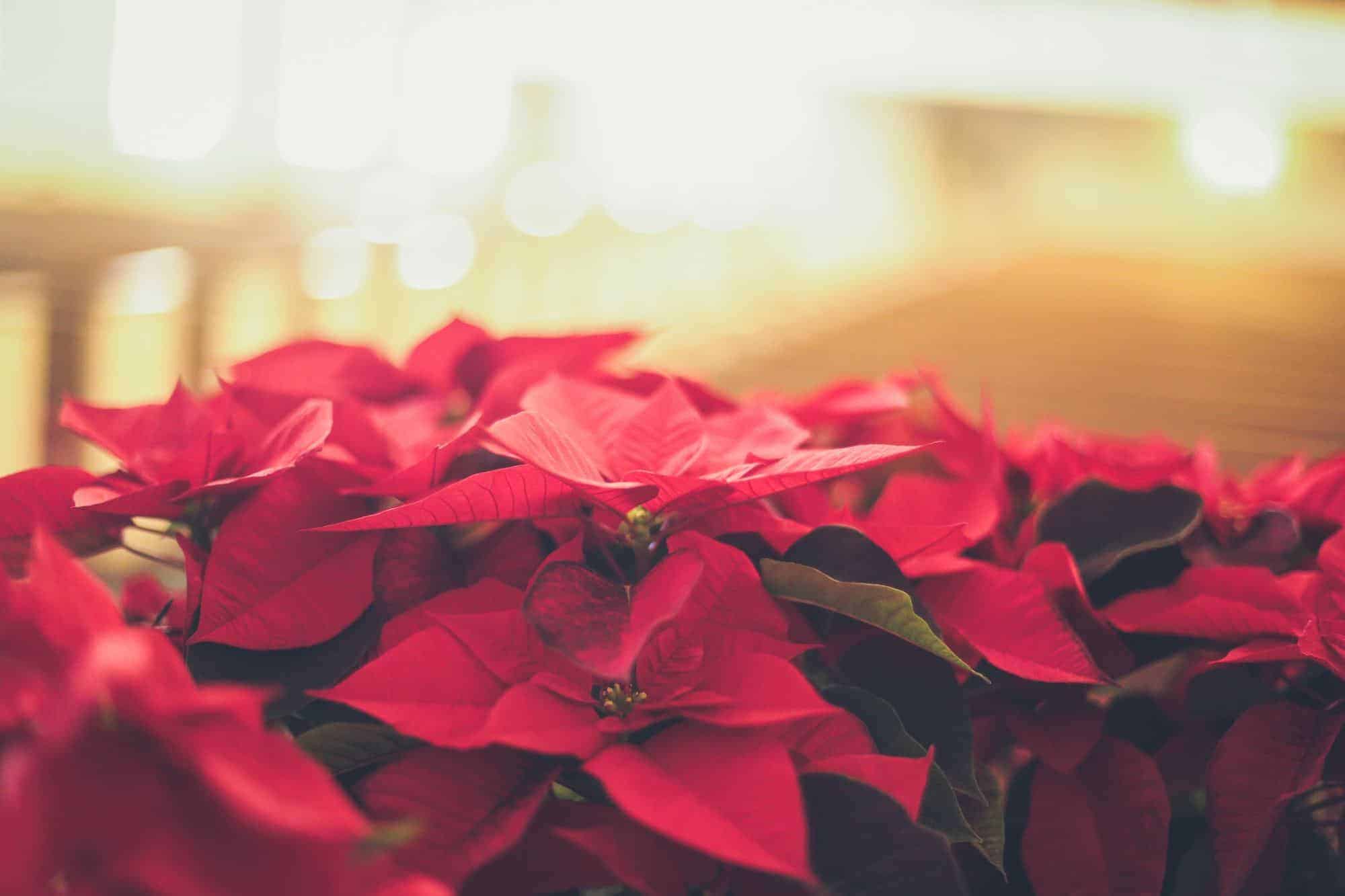 While the holiday season isn’t the only time of year for gift-giving, the tradition of presents this time of year is time-honored. It is a theme that resonates throughout different religions and cultures and so no matter where you come from, or how spiritual you are, there is always a connection with giving.

During Hanukkah, there is a tradition of giving and receiving a gift on each of the eight nights. This evolved from the original custom of passing out small amounts of money or chocolate coins as presents and over time, mostly started by Jewish Americans, the practice of giving presents emerged in modern-day. 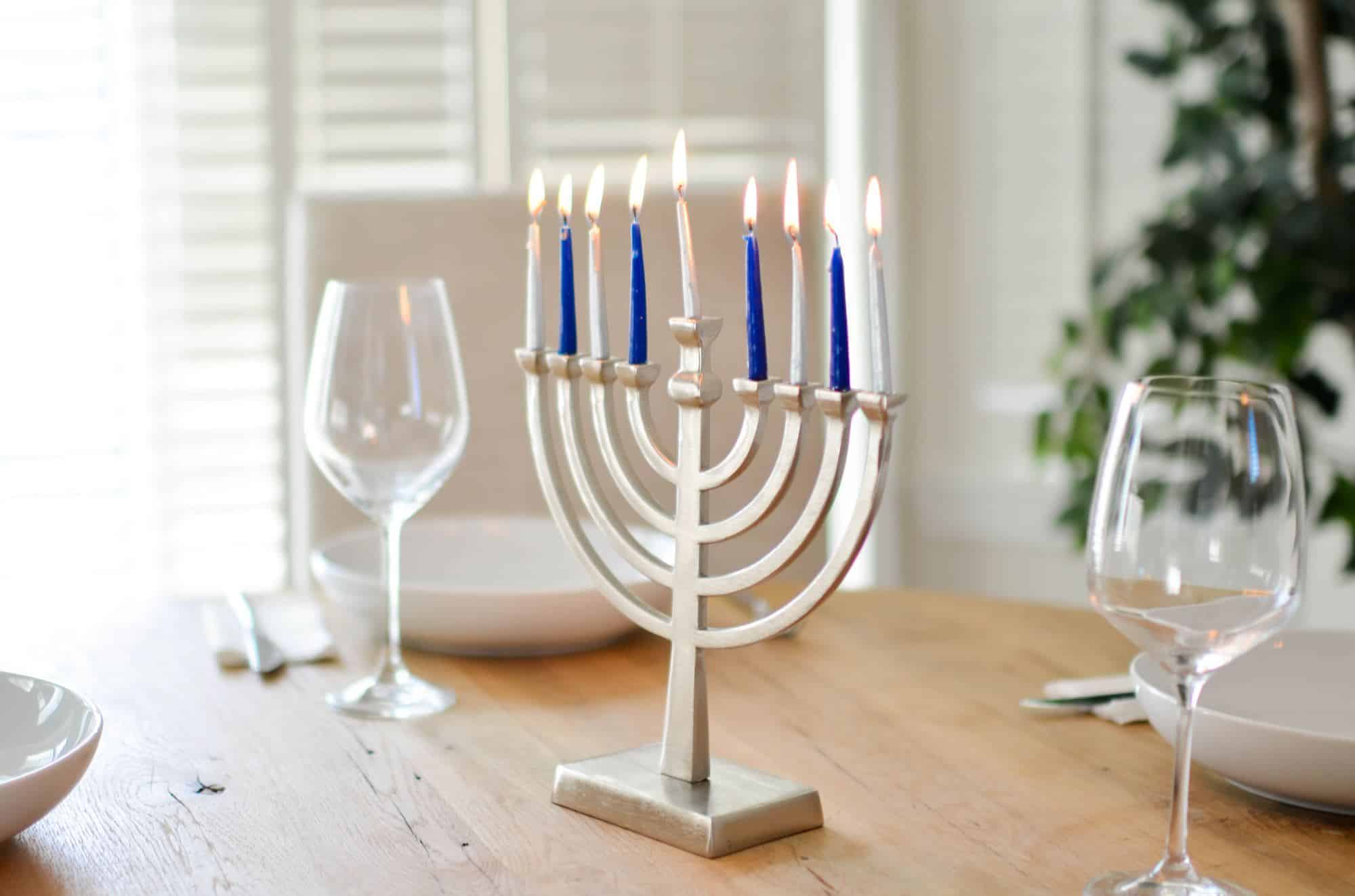 While Christmas gifts are found under the tree, in China monetary gifts are found in red envelopes. While most Chinese do not celebrate Christian holidays, the custom of gift-giving in December has become more popular. The color red symbolizes luck and happiness. Remember, when exchanging gifts with someone in China, be sure to use both hands as a sign of respect.

The Nativity scene is a popular biblical scene found outside of churches, homes and under trees during Advent and Christmas. Saint Francis of Assisi was first credited with the crèche, in 1223 in Greccio, Italy. The idea was to place an emphasis on the birth of Jesus instead of the commercialism of Christmas. Now, Naples, Italy may be the best place to buy your Nativity scene, with the famed San Gregorio Armeno Street. Artisans known as “presepaio” create intricate figurines that are both traditional characters and modern additions.

The Spanish have a similar scene as the Italians, but with one interesting addition. The “Caganer” is a Catalan addition to the traditional Nativity. He is the “little defecator” and is fertilizing the Nativity scene to bring health and a prosperous new year.

In Oaxaca, Mexico has a December 23rd tradition of carving and presenting intricate sculptures made from radishes. The area is well known for its talented woodcarvers, and so during the season when there would be Christmas markets, the artisans used their skills on vegetables to catch the attention of potential shoppers. The carvings can depict all types of scenes, but the nativity is a popular choice during the holiday season.

Experi wishes you a happy and healthy holiday season!