In Florence, the present is artfully blended with the past. History around every corner. Cathedrals and other ancient monuments popping up throughout the city to remind you of the pervasive influence the bygone days have on modern times. But why does this capital city of Tuscany hold such significance? Florence was the birthplace of the Italian Renaissance, a period of cultural revival that affected everything from science and sculpture to philosophy and exploration.

To have a deeper experience while traveling through modern Florence, it’s important to learn a little bit about this city’s journey to cultural excellence. Read on to learn why the Italian Renaissance was so consequential and why Florence was the perfect breeding ground for a historical revival. And don’t forget to check out some of our past features on Tuscany, like “Discover the Wine Regions of Tuscany” and “Top 5 Tastes: Tuscany,” so you can prepare yourself for the flavors of central Italy.

The Italian Renaissance as a “Rebirth” 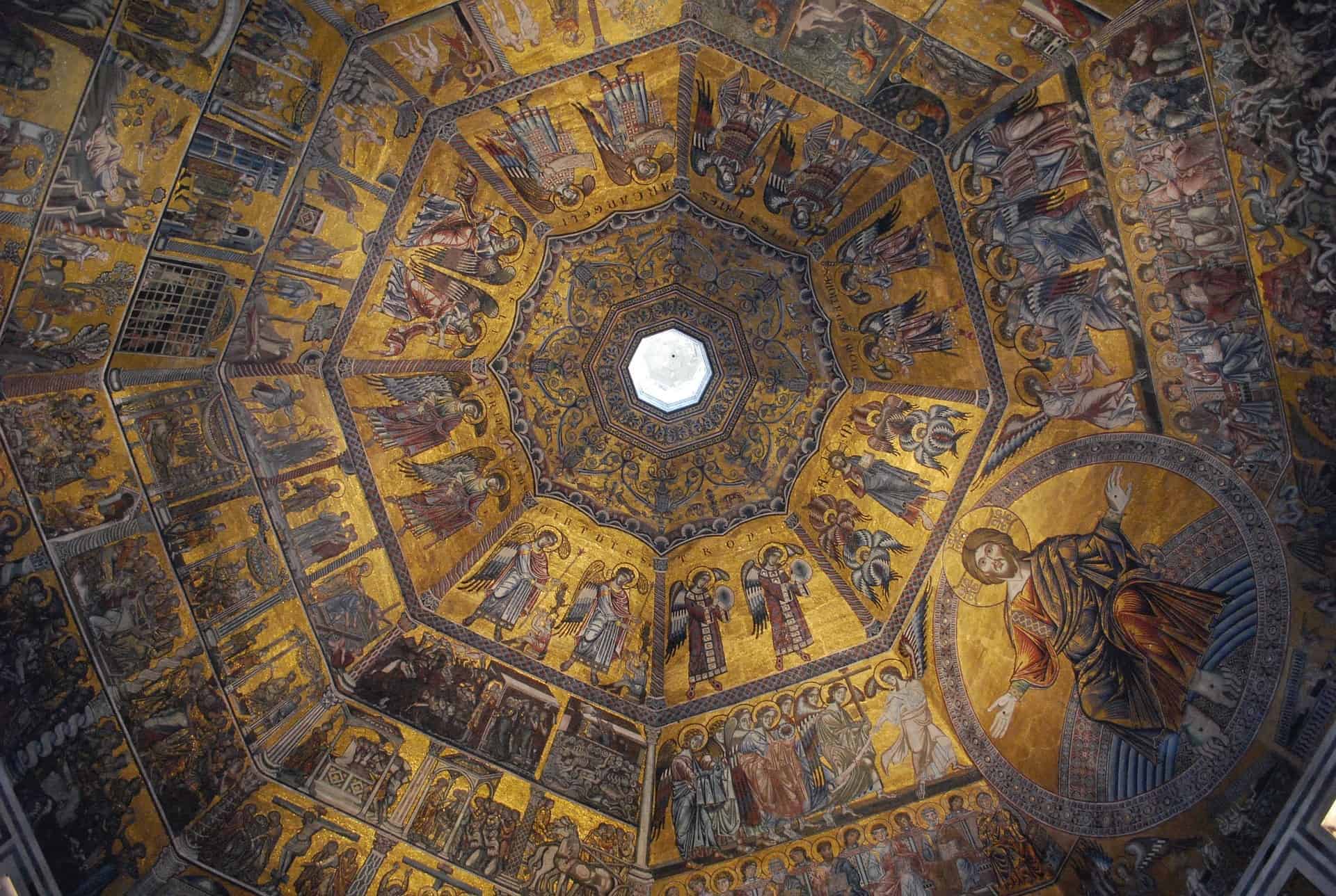 Often shortened to just “The Renaissance,” the Italian Renaissance was a period of cultural revitalization that lasted from the 14th to the 17th centuries, beginning in Italy and spreading to other parts of Europe and beyond. While renaissance is a French word and the Italian equivalent is “rinascimento,” they both mean a “rebirth.” During this period, an interest in art and educational studies that were lost during the Dark Ages were renewed with enthusiasm. While the term “rebirth” was used by authors of the era, like 16th century painter and art historian Giorgio Vasari, it became more widely used to describe the Renaissance era during the 19th century.

So what exactly was rebirthed and renewed? Thanks to a growing tradition of patronage where wealthy elites would financially support impressive thinkers, Renaissance era artists, philosophers, scientists, historians, and writers had time to hone their arts and crafts, to rediscover ancient Roman and Greek texts, and to advance the studies of humanism, aesthetics, technology, anatomy, and more. You might think of it as a time when a curiosity about the arts and studies was renewed, but also as a time of massive advancement in all genres of study.

How Florence came to be the birthplace of the Renaissance 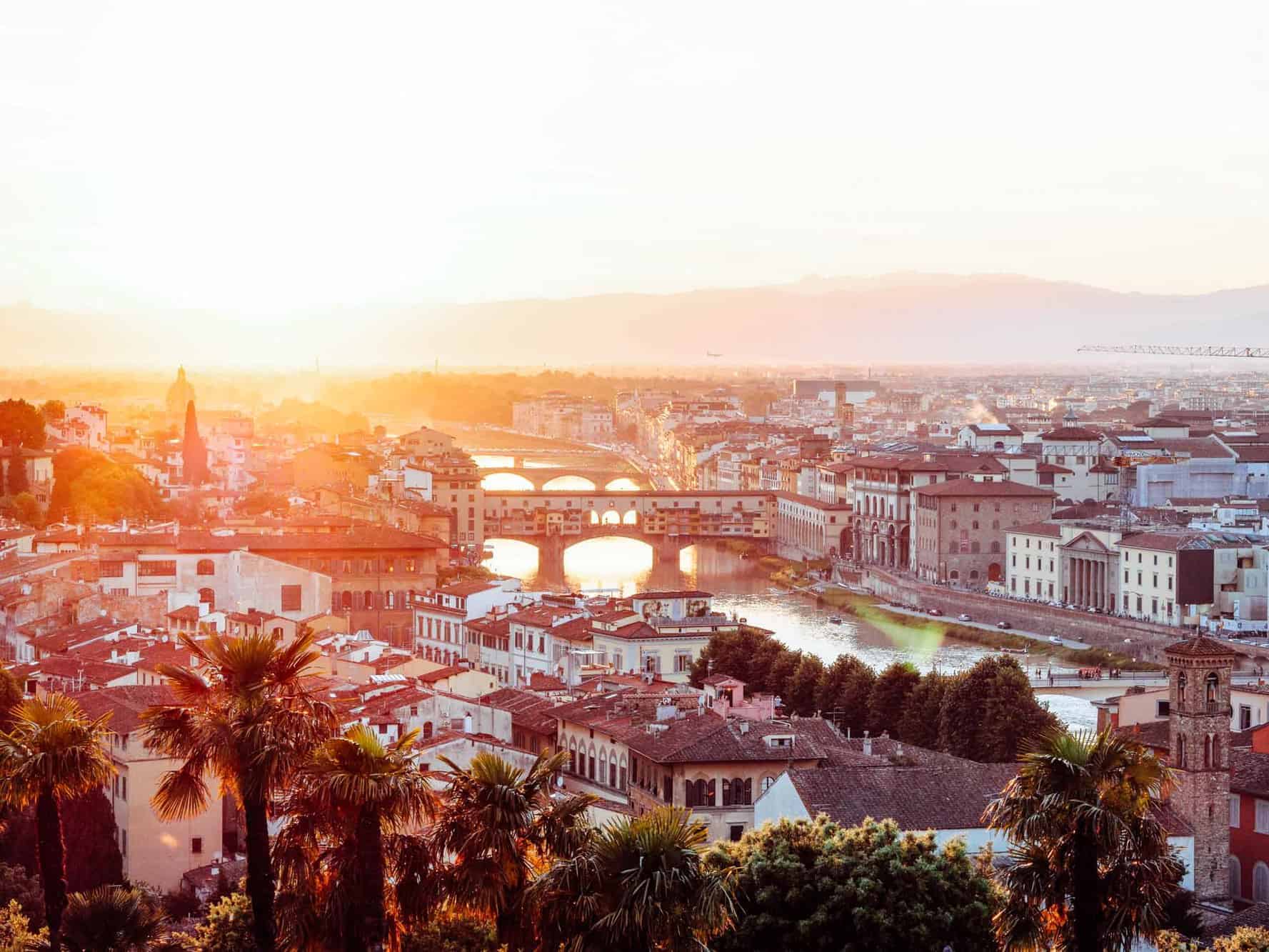 While Venice and Rome played an important role in the Italian Renaissance during its later years because of Venice’s trade routes and Rome’s Papal States, there’s no question about Florence being the starting point of this illustrious cultural revival. But why Florence and not any other city in Italy or Europe?

It all comes down to the unique governmental systems of Italy at the time, and the concentration of money. During the 15th century, Italy was made up of independent city-states, and one of which was the independent republic of Florence, a financial powerhouse and widely considered a banking capital. Well to-do Florentines became patrons to the arts and artists as a way to flaunt their wealth, spread their influence, and encourage cultural expansion.

Cultural revival across all disciplines

One of the most fascinating aspects of the Italian Renaissance is just how far it spread, not only geographically, but across all disciplines — art, science, commerce, and more. There were the European discoveries of new continents, advancements in astronomy, commercial growth, inventions like printing and gunpowder, not to mention large-scale sculptures, paintings, and architectural projects from now well-known artists like Michelangelo, Raphael, Botticelli, and Donatello. Let’s look at some advancements and notable people through the disciplines:

What the art world produced during the Renaissance is perhaps the most iconic symbol of the era. It’s difficult to hear “Renaissance” and not think of Michelangelo or Leonardo da Vinci. But how did paintings from this era stand out from previous centuries? The answer is Classicism, wherein artists of the time implemented mathematically correct perspectives to create the illusion of a three-dimensional space within the paintings, along with realistic emotions and expressions. In addition to these artistic ideas, the Renaissance saw some of the first paintings with secular subjects, mainly of natural landscapes. And you can’t forget about the myriad other techniques utilized during this period: sfumato (where colors were gradually shaded together), chiaroscuro (dramatic contrasts between dark and light), realistic physical and anatomical features, linear perspective, and more. Some of the best examples of these techniques can be seen in works like Leonardo’s Mona Lisa and Michelangelo’s Sistine Chapel Ceiling. 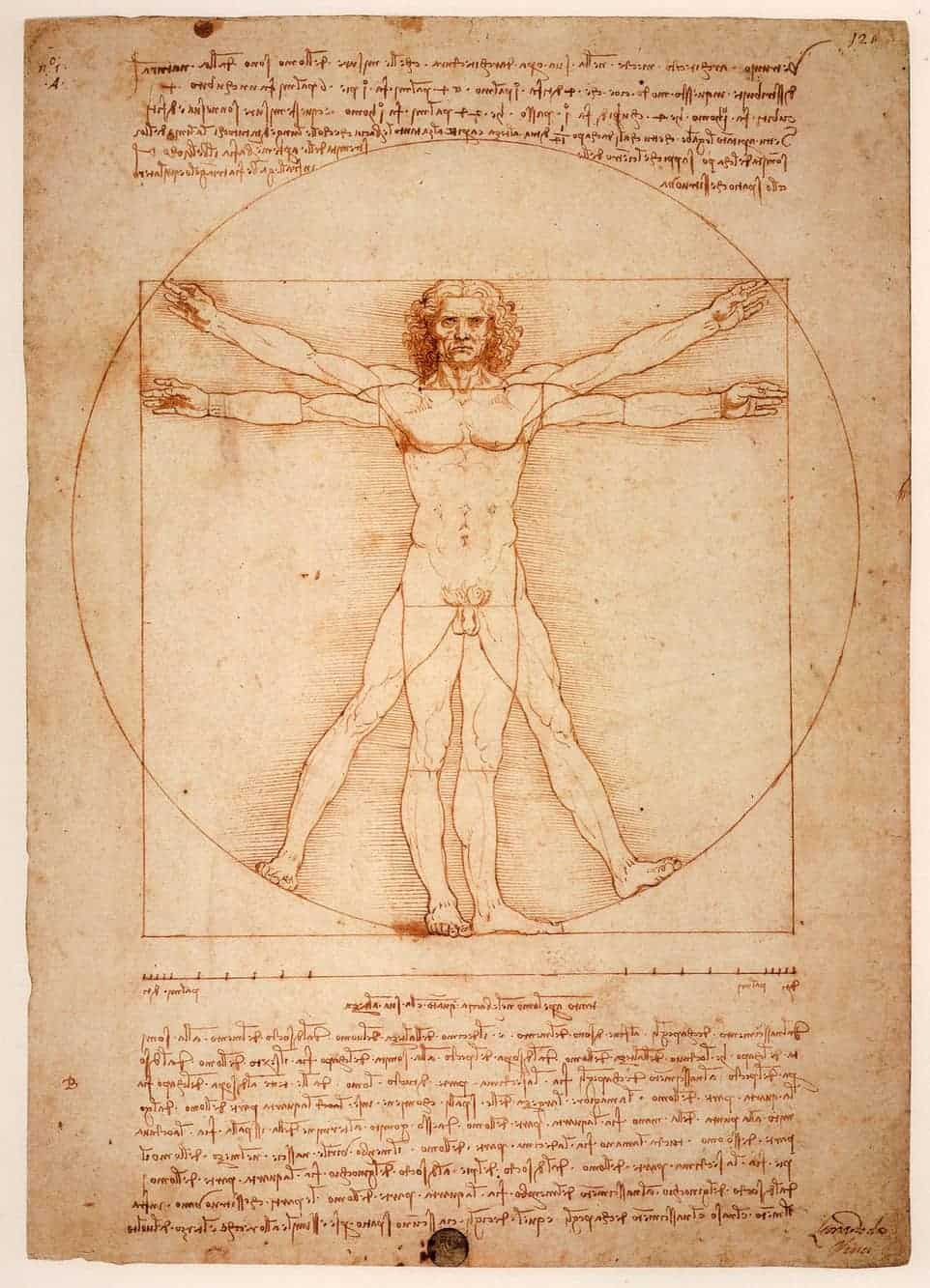 The philosophical focus on Humanism during the Renaissance encouraged many scientific and technological advancements during the time. Curiosity, observation, experimentation, and study were all lauded. We saw polymaths like Leonardo da Vinci studying a wide range of subjects from anatomy and botany, to submarines and flying machines (ornithopters). And another well-known scientist of the age was looking beyond the Earth to the stars. Astronomists like Galileo Galilei built telescopes and made discoveries including the moons of Jupiter and the concept of the planets revolving around the sun and not the Earth. 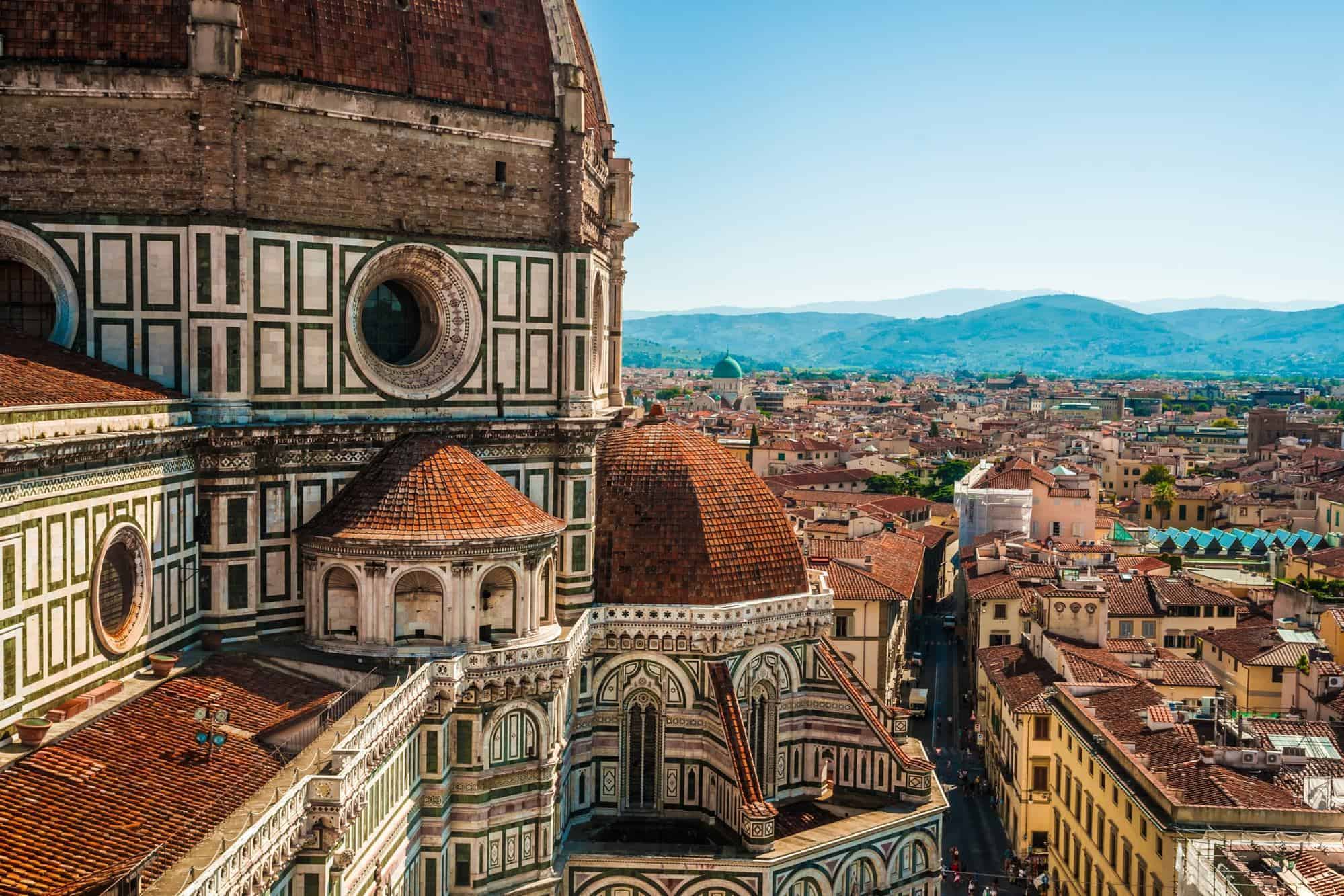 How to experience the Italian Renaissance in Florence today

The Holy Trinity in Dominican church of Santa Maria Novella

The Holy Trinity, a fresco by Masaccio found in the Santa Maria Novella church in Florence, is a perfect example of early Renaissance art. Journey here and stand before this enormous fresco depicting God the Father, Christ on the cross, the Holy Spirit, as well as Mary and St. John and the painter’s donors. Standing at more than ten by twenty-two feet, this mammoth fresco is large enough for you to take in all the details and feel nearly a part of the scene as the figures are life-sized. This fresco, completed in 1424, is noteworthy for its early use of one-point linear perspective that deceives viewers into seeing a three-dimensional space wherein some figures appear to recede into the distance. While this fresco is a special highpoint of the church, the entirety of Santa Maria Novella is worth a visit. 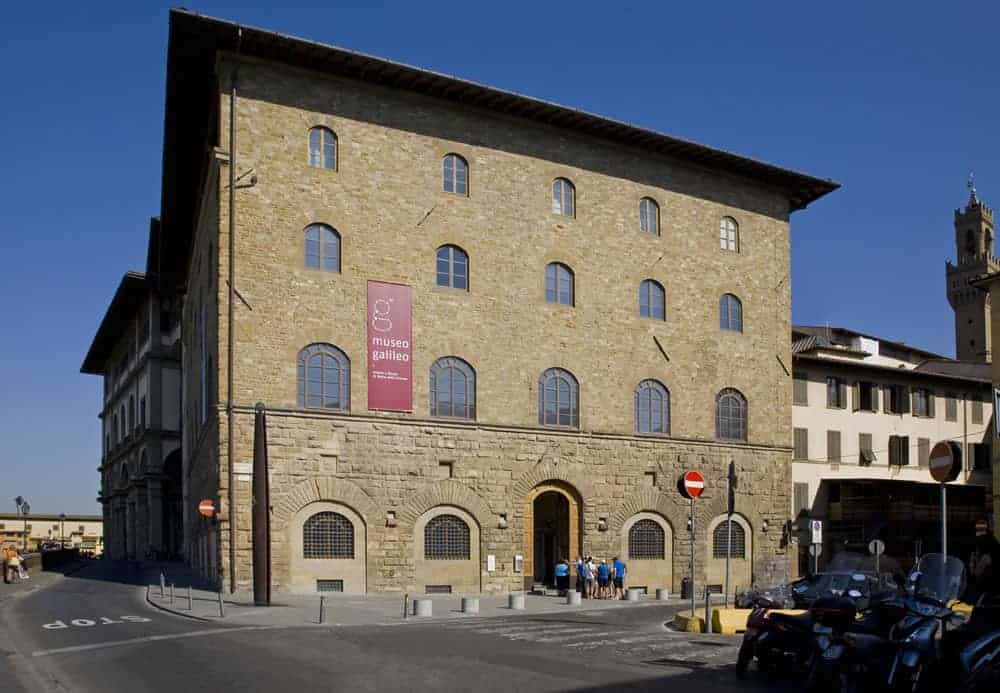 For a look into the scientific (in this case astronomical) advancements of the Italian Renaissance, there’s really no better place than Museo Galileo. Located near the Uffizi Gallery and the Arno River, the Museo Galileo is the perfect addition to any day of Florentine exploration. In this museum recently dedicated to Galileo Galilei, on display you’ll find one of the largest collections of scientific instruments, including telescopes, Santucci’s Armillary Sphere, ancient thermometers, and the telescope lens with which Galileo first viewed the four largest moons of Jupiter. 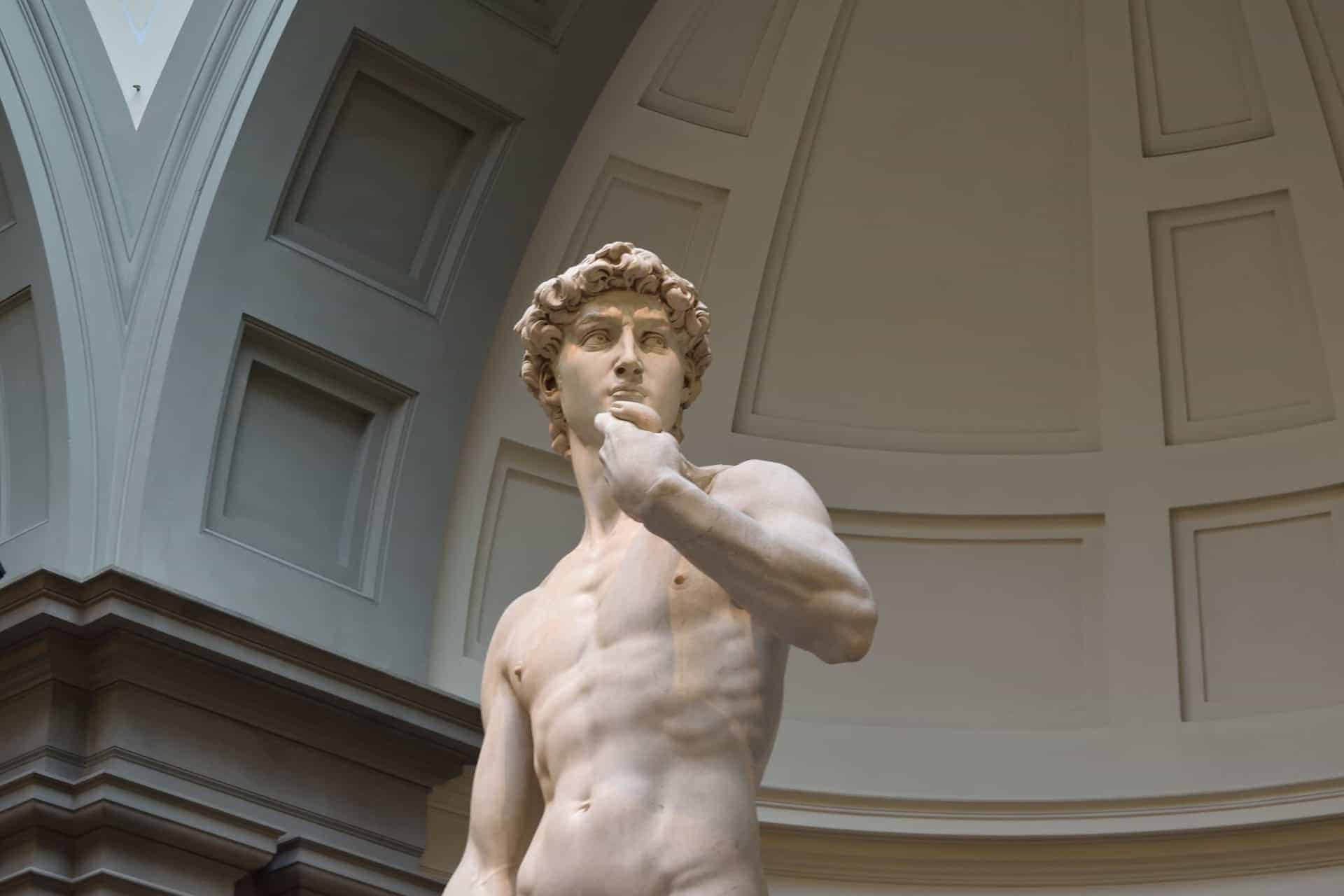 While the Galleria dell’Accademia di Firenze is definitely a popular spot in Florence, it’s worth the wait to see. This art museum is actually one of the most visited in Italy, coming in second after the Uffizi Gallery. But unlike the Uffizi, the Galleria dell’Accademia di Firenze is home to Michelangelo’s David. Sculpted from marble in 1501, this famed piece depicts the biblical hero and stands 17 feet high. Other works include paintings and sculptures from the entirety of the Italian Renaissance by artists like Andrea del Sarto and Sandro Botticelli.